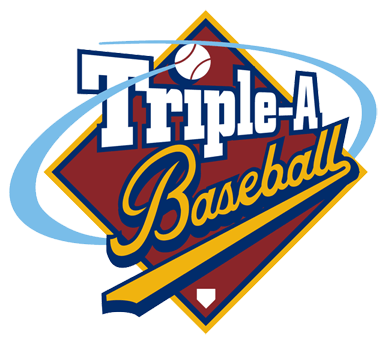 pixels = 150px
caption = Pacific Coast League logo
sport =
founded = 1903
motto =
teams = 16
country = USA
champion =
folded =
website = [http://www.pclbaseball.com www.pclbaseball.com] The Pacific Coast League (PCL) is a league operating in the West and Midwest of the . It is one of two leagues, along with the , playing at the Triple-A level, which is one step below .

The PCL has had a long tradition on the West Coast, with teams with evocative names such as the , Los Angeles Angels, (representing San Francisco's Mission District), Oakland Oaks, , , , San Diego Padres, San Francisco Seals, , later the , and the 2,000 miles off the mainland of .

In the first half of the 20th century, the Pacific Coast League developed into one of the premier regional baseball leagues. The cities enfranchised by the other two high-minor leagues, the and the American Association, were generally interwoven geographically with the major leagues. Such was not the case with the PCL. With no major league baseball team existing west of St. Louis, the PCL was unrivaled as the vehicle for American west coast baseball. Although never recognized as a true major league, the quality of play was considered very high. Drawing from a strong pool of talent in the area, the PCL produced a number of outstanding players, including future major-league stars , , , , , and .

While many PCL stars went on to play in the major leagues, teams in the league were often successful enough that they could offer competitive salaries to avoid being outbid for their stars' services. Some players made a career out of the minor leagues. One of the better known of those was Frank Shellenback, whose major league pitching career was brief [http://www.baseball-reference.com/s/shellfr01.shtml] but who compiled a record PCL total of 295 wins, against 178 losses. [http://www.baseball-reference.com/bullpen/Frank_Shellenback]

In addition, the mild climate of the West Coast, especially in California, allowed the league to play longer seasons, sometimes starting in late February and ending as late as the beginning of December. This allowed players to potentially hone their skills more sharply, and also to earn an extra month or two worth of pay and reduce the need to find offseason work, something which even some major league players found necessary because of the low salaries, by today's standards. The longer playing season also provided room for additional games on the schedule, giving team owners a chance at generating more revenue.

Teams sometimes played over 200 games in a single season. The high-water mark was the 1905 season, in which the set the all-time PCL record by playing in 230 games (PCL Record Book, p.30). Even just prior to the 1958 reshuffling, the league was playing 170-180 games per season. One consequence of such lengthy seasons was that a number of the all-time minor league records for season statistical totals are held by players from the PCL.

In , the PCL became the only minor league in history to be given the "Open" classification, a step above the AAA level. This limited the rights of major league clubs to draft players from the PCL, and was seen as a step toward the circuit becoming a third major league.

The shift to the Open classification came just as minor league teams from coast to coast suffered a sharp drop in attendance, primarily due to the availability of major league games on television. The hammer blow to the PCL's major league dreams came in 1958, when the Brooklyn Dodgers moved to Los Angeles and the New York Giants moved to San Francisco. As a result, three of the PCL's flagship teams (the Los Angeles Angels, the , and the San Francisco Seals) were immediately forced to relocate to smaller markets. Additionally, the PCL did not benefit from the comparison with the major leagues, which now occupied the same territory and drew away much of the attention of its former fans. The league never recovered from this blow. It reverted to AAA classification, and soon diminished in the public eye to nothing more than another minor league.

Of the cities represented in the PCL in its heyday, only , Portland, and Sacramento remain, and even these are represented by different franchises than those that had originally called these cities home. The Oakland Oaks had moved to Canada two years before the arrival of the Giants. The San Diego Padres and were displaced by Major League teams in 1969, but by this time the PCL's decline was already far advanced.

In 1997, the Pacific Coast League agreed to take five teams from the disbanding American Association, which had operated in the Midwest; a sixth team was added to the league as an expansion team, thus providing the scheduling convenience of an even number of teams. The league now stretches from western to Middle .

The league is divided into two conferences, the American Conference and the Pacific Conference; after a realignment for necessitated by the move of the to , each is divided into a North Division and a South Division. The Trappers' move also ended the league's presence in Canada; as recently as 1999, the league had teams north of the border in Vancouver, Calgary, and Edmonton, but they left for Sacramento in 2000, Albuquerque in 2003, and Round Rock in 2005 respectively. In 2005, the Pacific Coast League became the first minor league ever to achieve a season attendance of over 7 million.

Since by|2006 the league champion has played against the champion in the , a single game for the Triple-A Championship. Previously, the PCL champion also competed in the .

In further interleague play, in by|1988, the three Triple-A leagues, the other being the American Association, met to play the first . One team was made up of All-Stars from affiliates and the other of affiliates. Beginning in by|1998, a team of PCL All-Stars faced off against a team of IL All-Stars.

Note: Teams in italics are PCL "classic" teams from the league's height in the 1950s.

1The 1917 Portland Beavers folded operations, and its slot in the PCL was offered to Sacramento.
2The 1905 Tacoma Tigers were moved back to Sacramento in the middle of the 1905 season due to poor play, then were moved again to Fresno the following season.
3The 1907-08 Sacramento Solons played in the California League after returning from Fresno.
4The 1907-1918 Seattle Indians played in the Class B Northwest League.

Five current league teams were acquired by the PCL following the disbandment of the American Association after the 1997 season.

Presidents of the PCL