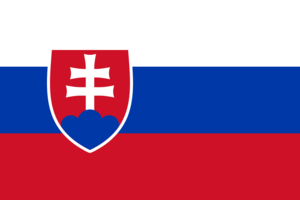 The Slovakian Cricket Team is a fledgling team which represents the nation of in International Cricket competitions. They are not officially endorsed by the and are therefore not entitled to participate in ICC Official events, however they do have an application to the pending, which should see them granted Affiliate Status in the near future [Angus Bell, "Slogging The Slavs: A Paranormal Cricket Tour from the Baltic to the Bosphorus"] .