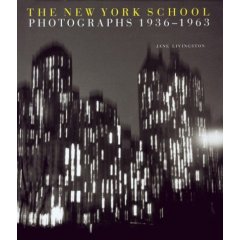 Ted Croner ( &ndash; ) Ted Croner was an American photographer and an influential member of the New York School during the 1940s and 1950s. His images are said to represent the best example of this movement. [Margarette Loke, "Ted Croner, 82, Dies; Photos Captured New York Energy." "The New York Times" 17 Aug. 2005.]

Ted Croner is best known for his haunting night images of New York taken in the 40s and 50s. He was one of several important photographers who belonged to the New York School.

Ted Croner also had a successful career as a fashion and commercial photographer. His work has been published in many magazines including "Harper’s Bazaar" and "Vogue". He also worked extensively with large corporations such as Coca-Cola and Chase Manhattan Bank [Amanda Hopkinson, " [http://arts.guardian.co.uk/news/obituary/0,,1558837,00.html Ted Croner Photographer Who Captured the Movement and Life of the New York Streets] ." "The Guardian" 30 Aug. 2005] .

Croner's first show was in 1948 at the Museum of Modern Art in New York, organized by Edward Steichen, "In and Out of Focus: A Survey of Today’s Photography". This show was followed by "Four Photographers: Lisette Model, Harry Callahan, Ted Croner, and Bill Brandt" later the same year, also at the MOMA.

Jane Livingston's book has a good summary of Ted Croner's shows and exhibitions.