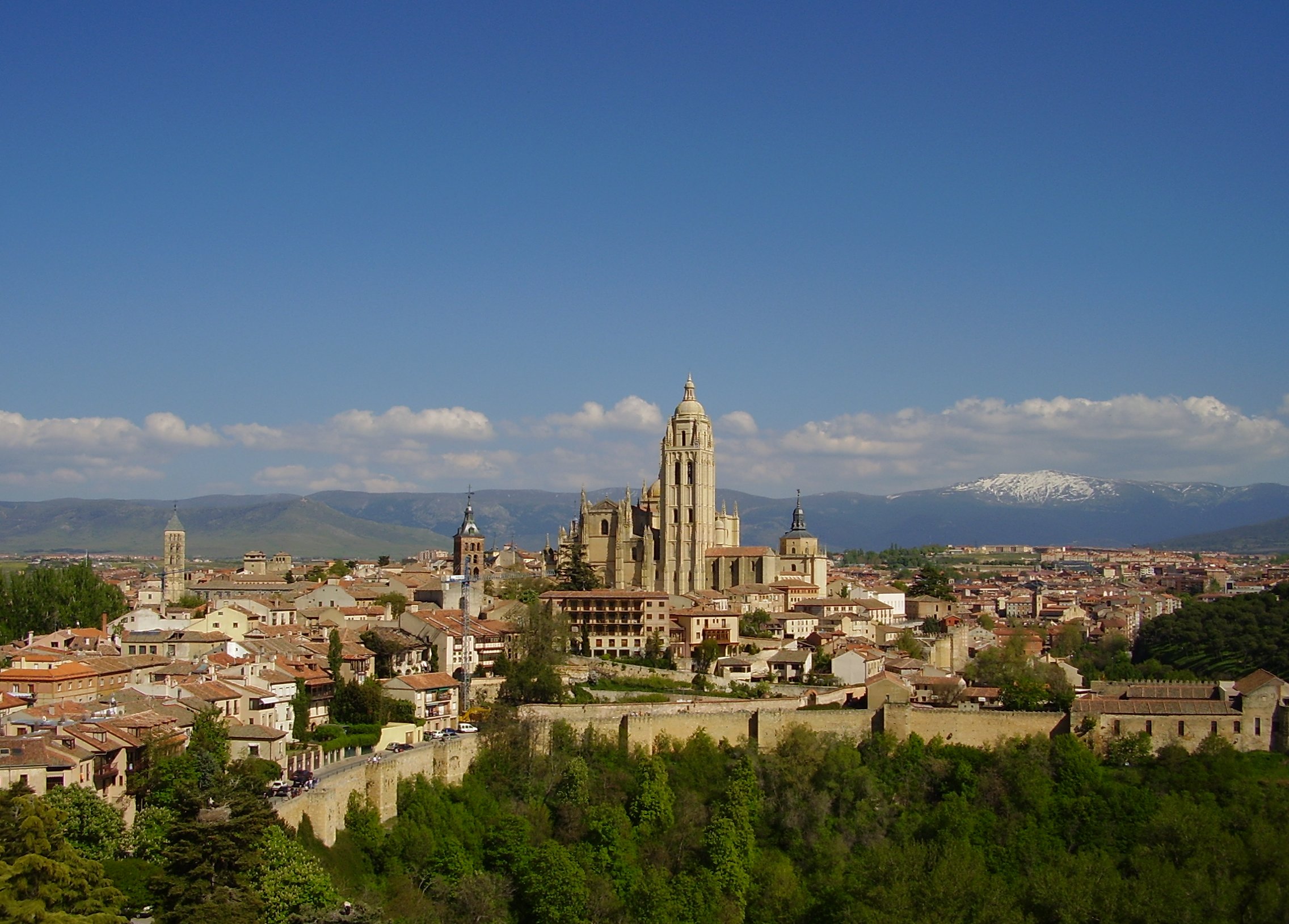 The old city is spectacularly situated atop a long, narrow promontory. It contains a wealth of monuments, including the , a famous ancient Roman aqueduct, the Alcázar, and various churches built in the Romanesque style including San Esteban, San Martin, and San Millan. The old city is a , and is surrounded by walls built in the 8th century AD, probably on a Roman base, and rebuilt extensively during the 15th century.

The , typically the most recognized and famous symbol of Segovia, terminates at the entrance of the historic section. It was built at the end of 1st to early 2nd century BC by the Romans during their occupation of the to bring water from the Río Frío ("Cold River")(about 18 km away) to the city, requiring an elevated section in its last 1 kilometer (0.6 mi) from the Sierra de Guadarrama to the walls of the old town. This elevated section, largely dominating the nearby scene, is supported by an engineering marvel of 166 arches and 120 pillars in two levels. It is made of 20,400 large, rough-hewn granite blocks, joined without mortar or clamps. Its maximum height of 28.1 m (100.53 ft) is found at the plaza of Azoguejo. A raised section of stonework in the center once had an inscription. Today only the holes for the bronze letters survive. The aqueduct continues to supply water to the city, albeit now in cast iron pipes laid in the original Roman channel.

The Alcázar, or castle-palace is perched at the tip of the promontory and towers over the countryside below. The history of the Alcázar begins at the end of the 11th century, when king Alfonso VI reconquered lands to the south of the river Duero down to Toledo and beyond. The city of Segovia was repopulated. It is thought that the construction of the castle began in those times. During the Middle Ages, the Alcazar of Segovia was the favorite residence of kings of Castile, and almost each king added new parts to the building, transforming the original fortress into a courtier residence and prolonging the construction of the castle till 16th century, when King Philip II added the conical spires and the slate roofs. A fire in 1862 destroyed part of the roofs, but they were restored in the very same style they were built more than 300 years ago.

The stands in the city's central plaza. Constructed by architect in the late Gothic style between 1522 and 1577, it is widely considered Europe's last great Gothic cathedral. The kind of Gothic is called "Isabelino".

Owing to these famous monuments, Segovia is a very popular tourist destination, especially as a day-trip from Madrid.