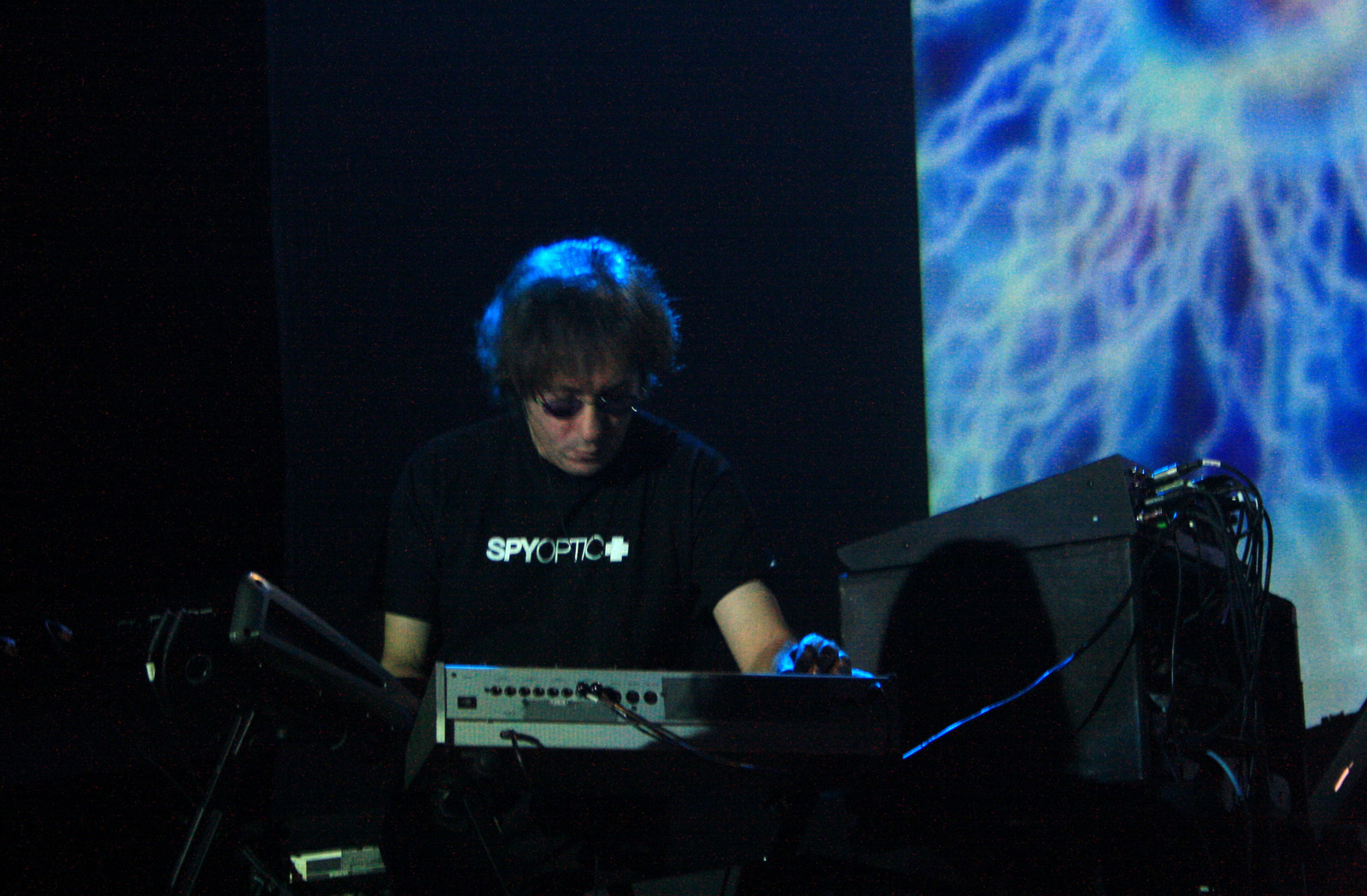 Richard Barbieri, "(pronounced bahr-bee-air-ee)", (born 30 November 1957, in , ) is an English keyboardist and composer. He came to prominence in the late '70s as a founder of new wave pioneers Japan, and as of 2008, is a member of the current .

Barbieri started his musical career with the group Japan in 1976. Within a year the band was signed to the Hansa/Ariola label and began work on a debut album, which received severe criticism from the UK music press on its release. Although initially perceived as a "hyped" band, Japan went on to record five studio s culminating in the groundbreaking "Tin Drum" which stayed in the for a year. The painstaking approach to programming by Richard Barbieri and on top of the original rhythmic patterns of and produced a sound that remains original to this day. They were the one of the most successful chart bands in Europe and Asia in 1982 despite the increasingly experimental nature of their music.Fact|date=December 2007 The band split up at the height of their popularity after a world tour that year.

Beginning in 1983-84 Barbieri has regularly contributed his unique soundscapes and synth textures to David Sylvian's solo albums, working alongside such innovators as , and . Soon after, he started a long musical association with Steve Jansen, which has produced six collaborative albums to date, initially under the name ("Catch the Fall", 1987) and later as Jansen & Barbieri (including "Stories Without Borders", 1993,"Other Worlds in a Small Room", 1996, and "Stone to Flesh", 1997).

The band members reunited in 1989 under the name , without guitarist , to release just one album for Virgin. The album charted and brought critical acclaim. Again the group parted company shortly afterwards.

Barbieri formed the label in 1993 with Jansen and Karn, with the objective being to enable the artists to create music and collaborate with fellow musicians on projects, without record company interference and restriction. They kicked off the label with the Jansen/Barbieri/Karn (sometimes abbreviated to JBK) release entitled "Beginning to Melt". Thirteen diverse albums were released during a ten-year period; Jansen and Barbieri's collaboration with DJ Takemura on the album "Changing Hands" being one of the highlights.

During this period Barbieri also made two other collaborative albums, one with his wife under the name "", and one with from the band titled "".

Also in 1993 Barbieri joined the progressive rock band . Six studio albums and many tours later, they are enjoying chart success around with sales of over 120,000 for their album "". The following studio album "" entered the American Billboard chart on its first week of release. With the latest Porcupine Tree release "", the band are enjoying even greater levels of success, with a top 40 entry in the UK album chart. Increased radio airtime and favourable mainstream magazine reviews and interviews are further increasing public knowledge of the band.

Aside from recording and touring, Barbieri has written articles on analogue synthesis for various publications; composed music for film; programs for music software and synthesiser manufacturers. He regularly guests with , an electronic improvisational group. Recent highlights include two Radio One sessions for the late and concerts at the and Brighton Dome.

In 2005 he released his debut solo album "Things Buried". Although he has made many albums as part of a group, trio or duo, surprisingly this is his first solo work. The instrumental album also features the distinctive performances of Andy Gangadeen on acoustic and electronic drums, and Percy Jones on fretless bass.

* Albums marked with an (*) include Barbieri compositions