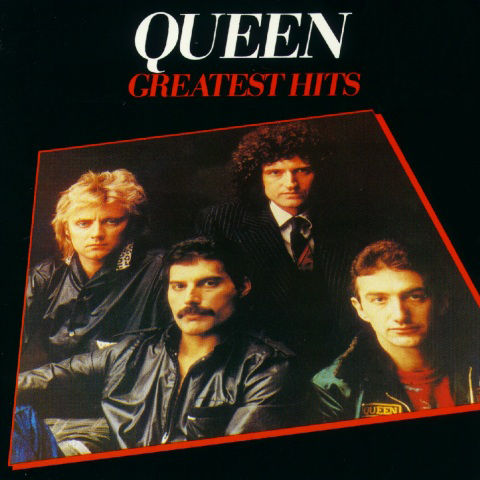 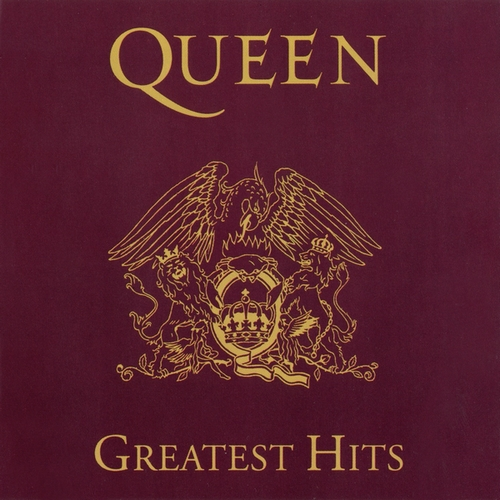 "Greatest Hits" is a 1981 Queen compilation. The record, released on , , is the UK's all-time best-selling album.

In 1981, Queen released "Greatest Hits" worldwide. However, there was no universal track listing or even cover art. Each territory's tracks were dependent on what singles were released there, and what tracks charted. In some cases, despite the band's popularity, not enough songs were issued as singles to fill a compilation album, and a few album tracks were used as filler. Some examples of these were "Sweet Lady" and "Love of My Life", neither were released as singles in any country, but appear on some regions' 1981 Hits release. In the UK and the U.S., where solid numbers could be collected, the standard was raised again by only including top twenty Hits. This rigid criterion was a trademark of Queen's desire to only market the best. Queen's official website queenonline.com (QOL) issued a "Greatest Video Hits 1 - Official Press Release on **Fri 20 Sep 02**" stating "Compiled directly from the band's phenomenally successful 'Greatest Hits "1"' album, which has to date sold in excess of 43 million copies worldwide".The hits on the album collectively sold over 110 million worldwide. In 2006, QOL informed that "Greatest Hits" 1 has sold in excess of 5.6 million in the UK, making it UK's best selling album ever.

The U.S. ended up with its original edit of Queen's first single release, "Keep Yourself Alive", which had been re-released in the U.S. in 1975 (original release was 1973) after the success of "Bohemian Rhapsody". Also, because of the delay in release dates between the UK (out first) and the U.S. (almost a month later), the U.S. was able to add "Under Pressure" (Queen's duet with David Bowie) to its Hits collection, as it was released during that interim.

In Argentina and Brazil, the LP edition included the same list of UK Greatest Hits minus "Seven Seas of Rhye", and including "Love of My Life" (Live Killers version). CD version is the same as the British.

Jumping ahead to 1991, Queen sought to issue a second Greatest Hits collection worldwide, this time with a standard track listing. However, the band had just changed record labels in the US, from Capitol to Hollywood Records, who keen on a massive promotion of the band's back catalogue. The problem was that Elektra still held the US rights to that first 1981 collection (despite being Hollywood's US licencée). Hollywood Records decided to not release "Greatest Hits II" to the U.S. market, but instead created their own collection, "" (1992). This compilation was made up of tracks such as "Bohemian Rhapsody", "Keep Yourself Alive" and "Under Pressure" (which had already appeared on the Elektra 1981 "Hits" collection) as well as newer tracks ("A Kind of Magic" and "Radio Ga Ga"). Some tracks were not even singles in the U.S. ("One Year of Love") or anywhere ("Stone Cold Crazy"). Though well received, this collection would eventually pose the problem of overlapping track lists in the future.

Hollywood Records, later that year, re-released a companion collection "Greatest Hits" with similar artwork (on a red background, where "Classic Queen" was on royal blue). Commonly referred to as the "Red Greatest Hits", it features most of the '70s tracks absent from "Classic Queen" (including "Another One Bites the Dust" [1980] , "We Will Rock You", "We Are the Champions" and "Killer Queen").

This section includes the track listings for the original "Greatest Hits" and closely-related albums only. For other compilations, including the second and third "Greatest Hits" albums, see the relevant articles.

tracklist
headline = 1981 UK edition
nobold|Has a photograph of the band as its cover.
total_length = 57:20