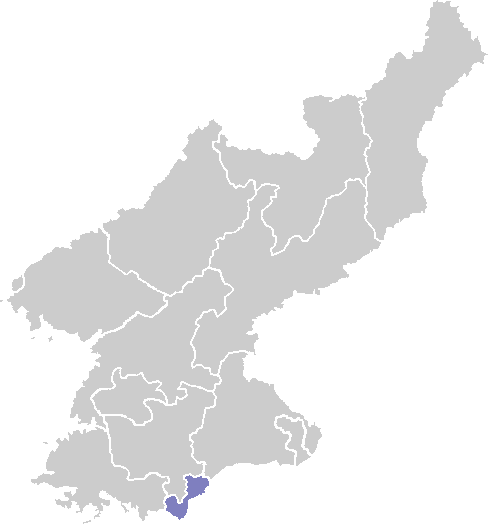 Kaesŏng Industrial Region is a special administrative of . It was formed in 2002 from part of Kaesŏng Directly Governed City.

Kaesŏng Industrial Park is being developed in the region, as a collaborative economic development with . It is located ten kilometres (six miles) north of the with direct road and rail access to South Korea and an hour's drive from . Construction started in June 2003, and in August 2003 North and South Korea ratified four tax and accountancy agreements to support investment. Pilot phase construction was completed in June 2004, and the industrial park opened in December 2004. [ [http://www.nautilus.org/napsnet/dr/0406/JUN3004.html#item3 N Korean Industrial Complex Made Ready For Seoul's Investment] , Northeast Asia Peace and Security Network, . Retrieved .]

Electrical power and telephone service is supplied from South Korea; 15MW of power is being supplied in 2005, with plans for a 100MW supply by 2007.

The Kaesŏng industrial park is run by a committee that has a fifty-year lease which began in 2004. , a division of South Korean conglomerate has been hired by Pyongyang to develop the land.

Park Suhk Sam, senior economist at the , figures the industrial zone could create 725,000 jobs and generate $500 million in annual wage income for the North Korean economy by 2012. Five years later, another $1.78 billion would tumble in from annual corporate taxes levied on South Korean companies participating in the industrial project.

The industrial park is seen as a way for South Korean companies to employ cheap labour that is educated, skilled and speaks Korean which would make communication considerably easier. However the zone still faces a number of obstacles. Among the most pressing are U.S. economic sanctions against the North, prohibiting imports of key technologies and goods —such as computers. Yet North Korean leaders still welcome the chance to help revitalise their economy. More than 1000 South Korean firms are rethinking planned shifts of production from China and to Kaesong.