Energy Independence and Security Act of 2007

Energy Independence and Security Act of 2007

The Energy Independence and Security Act of 2007 (Pub.L. 110-140[1] originally named the Clean Energy Act of 2007) is an Act of Congress concerning the energy policy of the United States. As part of the Democratic Party's 100-Hour Plan during the 110th Congress,[2] it was introduced in the United States House of Representatives by Representative Nick Rahall of West Virginia, along with 198 cosponsors. Despite Rahall becoming 1 of only 4 Democrats to oppose the final bill,[3] it passed in the House without amendment in January 2007. When the Act was introduced in the Senate in June 2007, it was combined with Senate Bill S. 1419: Renewable Fuels, Consumer Protection, and Energy Efficiency Act of 2007.[4] This amended version passed the Senate on June 21, 2007.[5][6] After further amendments and negotiation between the House and Senate, a revised bill passed both houses on December 18, 2007[7] and President Bush, a Republican, signed it into law on December 19, 2007 in response to his "Twenty in Ten" challenge to reduce gasoline consumption by 20% in 10 years.[8]

The stated purpose of the act is “to move the United States toward greater energy independence and security, to increase the production of clean renewable fuels, to protect consumers, to increase the efficiency of products, buildings, and vehicles, to promote research on and deploy greenhouse gas capture and storage options, and to improve the energy performance of the Federal Government, and for other purposes.”.[9] House Speaker Nancy Pelosi promoted the Act as a way of lowering energy costs to consumers.[10] The bill followed another major piece of energy legislation, the Energy Policy Act of 2005.

The bill originally sought to cut subsidies to the petroleum industry in order to promote petroleum independence and different forms of alternative energy. These tax changes were ultimately dropped after opposition in the Senate, and the final bill focused on automobile fuel economy, development of biofuels, and energy efficiency in public buildings and lighting. 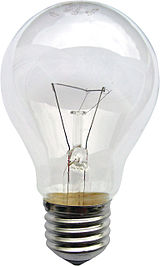 Incandescent light bulbs will be phased out in the U.S. beginning January 2012.

The House passed versions of the bill which contained two controversial provisions: a renewable portfolio standard which required that utilities to produce 15% of their power from renewable energy and a tax package which would fund renewable energy through the repeal of $21 billion in oil and gas tax breaks; the Senate failed to pass these provisions in two cloture votes.[15] On June 21, 2007 an attempt by the Senate Democrats to raise taxes on oil & gas by $32 billion was reportedly blocked by the Republicans.[5]

Title I of the original bill, the “Ending Subsidies for Big Oil Act of 2007,” denied certain tax deductions to producers of oil, natural gas, or primary products of oil or natural gas, and increased from five to seven years the period during which five major integrated oil companies must write off their expenditures on geological and geophysical studies related to oil exploration.

Title II, the “Royalty Relief for American Consumers Act of 2007,” addressed an oversight that occurred when the Interior Department issued oil and gas leases for off-shore drilling in the Gulf of Mexico in 1998 and 1999. The leases didn’t include price thresholds that require companies to pay royalties to the Federal Government when the price of oil and gas exceeds a certain level. These companies would be required to renegotiate their leases to include price thresholds that are equal or less than thresholds described in the Outer Continental Shelf Lands Act. Companies who failed to renegotiate their leases or pay the fees would not be allowed to obtain any oil or gas leases in the Gulf of Mexico.

Title II also repealed several provisions of the Energy Policy Act of 2005. One provision suspended royalty fees on oil and gas production in certain waters of the Gulf of Mexico. A provision of the Energy Policy Act that protects drilling permit applicants from additional fees to recover the cost of processing paperwork would also be repealed, and special policies for leases in the National Petroleum Reserve–Alaska and royalty relief for specific offshore drilling in Alaska would be discontinued.

Title III of the bill created a Strategic Energy Efficiency and Renewables Reserve, an account to hold additional money received by the Federal Government as a result of the enactment of the act, and to offset the cost of subsequent legislation.

Opposition to the bill

Opponents argued that the act would "increase Americans reliance on foreign sources of energy by making new domestic exploration and production more costly" and stated that markets should drive U.S. energy policy. They were concerned that the Strategic Energy Efficiency and Renewables Reserve would be used for "politically-connected pet projects," citing a similar fund created by the Carter administration that went bankrupt after only a few years.[16]

The U.S. Chamber of Commerce said that the bill would punish an industry that has made many Americans wealthy for generations, adding that "Congress and various Administrations have perhaps imposed more regulations on the oil and gas industry than any other industry in the United States." The Chamber said it supported the rapid development of alternative fuels but that the new technologies are not developed enough, and are insufficient to make any real difference. It believed more regulation on oil and gas producers is not the answer to the energy problem.[17]

Grover Norquist, Conservative activist and president of Americans for Tax Reform, characterized the bill’s provisions regarding renegotiation of leases as a violation of binding contracts, calling the bill “a violation of the Taxpayer Protection Pledge” since it wouldn’t create tax cuts to offset the additional revenue it would raise.[16]

Representative Ted Poe said the bill “will decrease U.S. exploration and will increase our dependence on foreign oil,” and, “by raising taxes and fees on oil and gas companies that choose to manufacture in America, the U.S. will become a less attractive place to produce oil and natural gas. This essentially creates incentives for foreign importation and could kill manufacturing jobs in an industry that employs nearly 1.8 million Americans.”[2]

Congressmen representing automobile manufacturing regions objected to the proposed increase in fuel economy standards. They said the measure would sharply increase the cost of new cars, lowering demand and further burdening the struggling automotive industry. Representative John Dingell of Michigan advocated instead an increase in the federal gasoline tax, which he said would have more immediate effects on oil consumption by influencing consumer behavior (i.e. car purchase decisions and total miles driven).[18]

Compact fluorescent lamps are an existing technology that currently exceed the EISA 2007 requirements for lumens per watt. Another lesser known existing technology that also meets the minimum EISA requirements is energy efficient halogen bulbs (see below). Representative Ted Poe contends that the United States Constitution does not give the federal government the power to determine what light bulbs people are allowed to use.[19] EPA recommendations state that compact fluorescent light bulbs should be recycled due to their mercury content.[20] The EPA provides recommendations for cleaning up broken compact fluorescent light bulbs, including opening windows for ventilation to clear mercury vapor from the room and shutting off forced-air heating and cooling systems until the cleanup is complete.[21]

Support for the bill

The majority of the supporters for the original bill were Representatives from the Democratic party. Speaker of the House Nancy Pelosi described the vote as "the first step toward a future of energy independence." Moira Chapin, Environment California Federal Field Organizer, said "the 110th Congress made a down payment on a new energy future," referring to its investment in renewable energy resources from solar and wind power generation facilities.[2]

Proponents believed that investing the new tax revenue in renewable energy resources would foster a new industry, creating more jobs and helping to reduce American dependency on oil imports. They claimed that as many as 3.3 million new jobs would be created, cutting unemployment, adding $1.4 trillion to the gross national product in the economy, and paying for itself within ten years.[2] Air quality would be improved by reducing the amount of emissions released by using a cleaner energy source other than oil.

Another supporter of the bill, Representative Steve Rothman of New Jersey, said that if the proposed bill passed, "the U.S. can improve air quality, create jobs, and corner a new business market."[22]

Under the law, incandescent bulbs that produce 310–2600 lumens of light are effectively phased out between 2012 and 2014. Bulbs outside this range (roughly, light bulbs currently less than 40 watts or more than 150 watts) are exempt from the ban. Also exempt are several classes of speciality lights, including appliance lamps, "rough service" bulbs, 3-way, colored lamps, and plant lights.[23]

By 2020, a second tier of restrictions would become effective, which requires all general-purpose bulbs to produce at least 45 lumens per watt (similar to current CFLs). Exemptions from the Act include reflector flood, 3-way, candelabra, colored, and other specialty bulbs.

The phase-out of incandescent light bulbs was supported by the Alliance to Save Energy, a coalition of light bulb manufacturers, electric utilities and conservation groups. The group estimated that lighting accounts for 22% of total U.S. electricity usage, and that eliminating incandescent bulbs completely would save $18 billion per year (equivalent to the output of 80 coal plants).[24] Light bulb manufacturers also hoped a single national standard would prevent the enactment of conflicting bans and efficiency standards by state governments.

The initial version[25] of H.R. 6 passed the House of Representatives on January 18, 2007, by a vote of 264 to 163. The Senate version[26] passed 65-27 on June 21, but bore almost no resemblance to the original bill. Speaker Pelosi indicated on Oct 10 that instead of sending the bill to a conference committee, the House would negotiate informally with the Senate to resolve their differences.[27]

The House took up the energy bill again in December, passing a new version on December 6. This version, renamed the "Energy Independence and Security Act of 2007", restored the oil industry tax increases of the original bill. It also added a requirement that U.S. electric utilities must obtain 15 percent of their power from renewable sources by 2020.[28][29][30]

When this bill was introduced to the Senate, the new provisions became the focus of debate. The White House and Sen. Domenici warned that Bush would veto the bill because of the tax portion. Senate Minority Leader Mitch McConnell (R-Ky.) said Democrats had "shown how to snatch defeat from the jaws of victory" by "inserting an enormous tax hike, a tax hike they knew would doom this legislation." Reid said Congress should not be intimidated by a veto threat, "We are the Congress of the United States. We can write things even though the president may not like them." Democrats said that the tax measure was modest and only took back tax breaks the oil companies received in 2004 and that they did not need them with oil prices at about $90 a barrel.[31]

The House version of the bill (with $13 billion raised from the oil industry, a mandate that utilities rely on renewable energy for at least 15 percent of their power generation, and a $21.8 billion 10-year tax package) failed by a one vote margin. A final attempt to end debate and make way for a vote failed by 59 - 40 despite the return of four Democratic presidential candidates, Hillary Clinton (NY), Barack Obama (Ill.), Christopher Dodd (Conn.), and Joseph Biden (Del.). Nine Republicans voted in favor of ending debate while one Democrat, Sen. Mary Landrieu (D-La.) voted against it. Sen. John McCain was not present.[31]

The revised Senate bill passed 86-8 on December 13. The House approved this final version 314-100 on December 18, and President Bush signed it the following day.