Naracoorte (population 4,888) is a town in the Limestone Coast region of South Australia, approximately 336 kilometres south east of Adelaide and 100 kilometres north of Mount Gambier on the Riddoch Highway (A66).

Naracoorte was formed from the merger of two towns, Kincraig, founded in 1845 by Scottish explorer William Macintosh, and Narracoorte, established as a government settlement in 1847. The name has gone through a number of spellings, and is believed to be derived from the Aboriginal words for place of running water or large waterhole. It grew during the 1850s as a service town for people going to and from the Victorian gold rush. The Post Office opened on 22 March 1853 and was known as Mosquito Plains until 1861.[2]

The town has historically relied largely on sheep, cattle and wheat farming. In recent decades, tourism has become a major industry with the promotion of the World Heritage-listed Naracoorte Caves National Park and the internationally-recognised wetland, Bool Lagoon. It also receives a substantial number of visitors due to its proximity to the Coonawarra, Wrattonbully, and Padthaway wine regions, plus many smaller local vineyards. Naracoorte is also the location of the food distributor Deb's Country Kitchen which provides products such as Extreme Chilli Tomato Sauce (commonly known as Deb's Sauce).

Naracoorte is in the Naracoorte Lucindale Council, the state electoral district of MacKillop and the federal Division of Barker. The postcode is 5271. There are four schools: Naracoorte High on Stewart Tce.[3], Naracoorte Primary on Park Tce[4] and Naracoorte South Primary[5]. Independent schools include Naracoorte Christian School (also called Sunrise Christian School) on Rolland St.[6].

The town has an Australian Rules football team competing in the Kowree-Naracoorte-Tatiara Football League.[7] 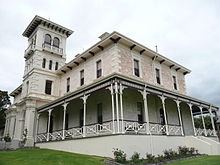