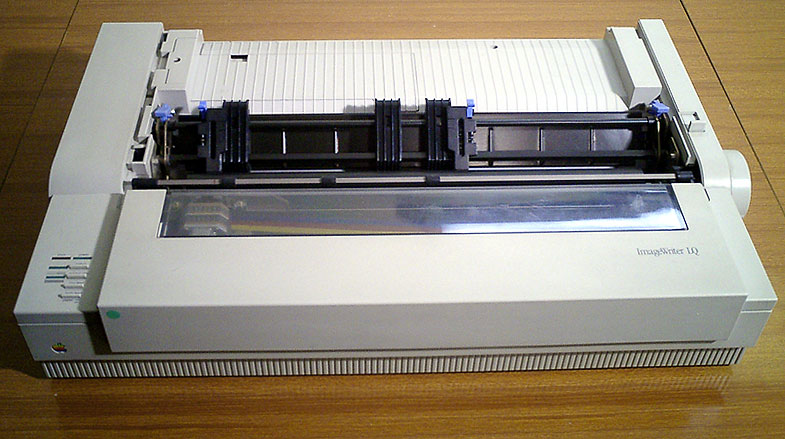 ImageWriter LQ (Letter Quality) was a 27-pin introduced in by . The print quality was comparable to competing 24-pin dot-matrix printers, and offered graphics at 320 x 216 . Unlike the , the LQ was unreliable and noisy. Its printhead had a tendency to overheat with large multi-page prints and melt the glue holding the crystal that supports the pins.

Like the earlier ImageWriter II, the LQ could be networked on an network with the addition of a card. This, as well as guaranteed compatibility with both and computers, made it popular in schools.