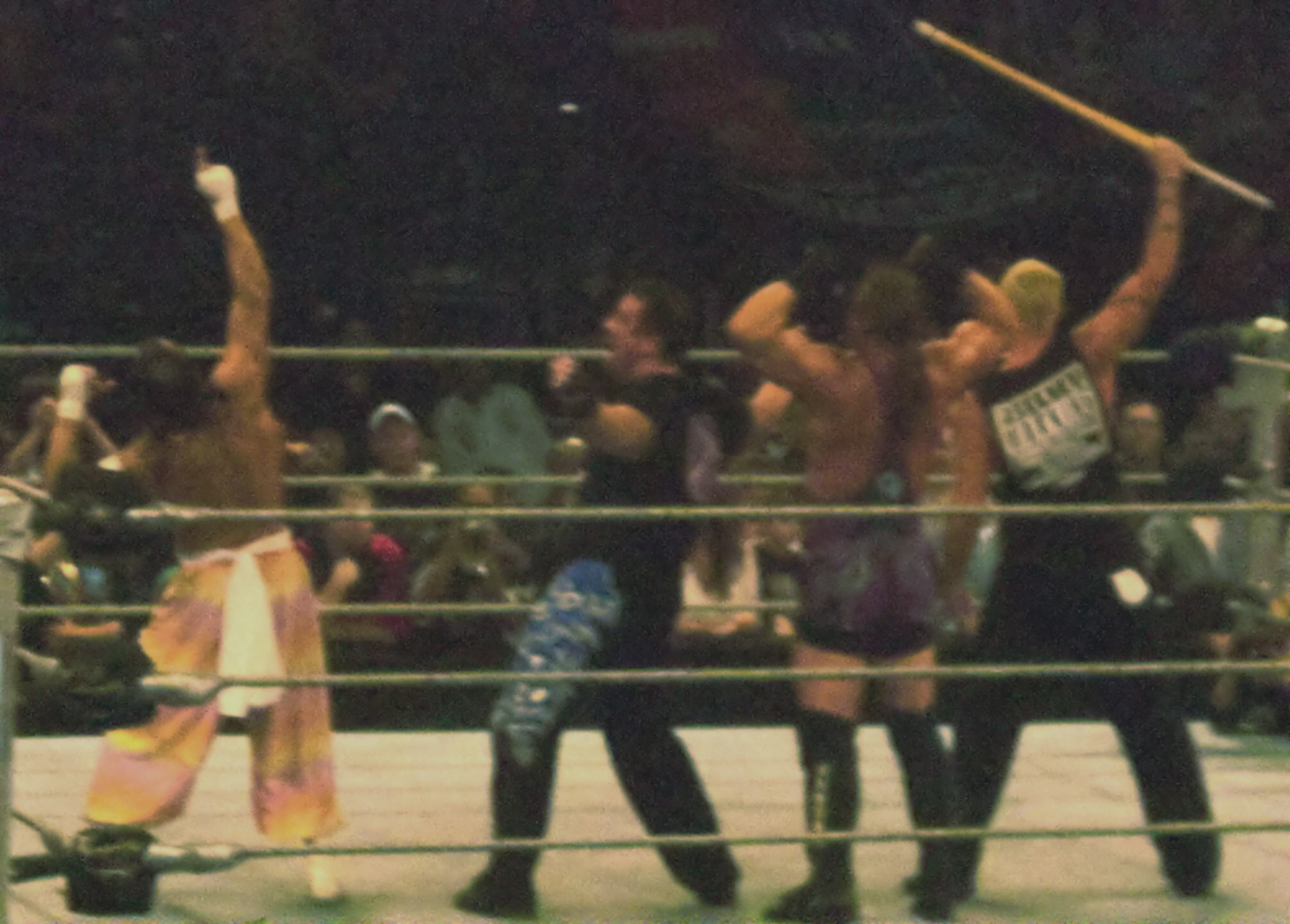 
The ECW Originals were a stable in the ECW brand of (WWE).

Their name derives from their affiliation with the original independent promotion, with "ECW Originals" being wrestlers who first came to prominence during the first ECW's run. Members of the ECW Originals faction have held the ECW World Heavyweight Championship, , and the during their tenure with ECW.

When World Wrestling Entertainment (WWE) revived Extreme Championship Wrestling (ECW) as a third brand they did so by having a number of wrestlers from the original promotion appear on the , "WWE RAW" to attack WWE Champion . From there, when the new ECW was given its own weekly show, with the "A New Breed Unleashed" appearing in commercials for it, on the Sci Fi Channel.

One of the first feuds on the brand pitted and Test against The Sandman and .

On , when appeared on "ECW on Sci Fi" to () take a more hands-on role in running the brand, he started by taking stock of the roster. In doing so he degraded the "ECW Originals" he ran in to backstage while calling newcomers a "New Breed". He lavished praise on at the end of the night, prompting , Sabu, and The Sandman to rush to the ring and attack Burke, leaving him lying in the ring as they taunted McMahon. [cite web |url=http://www.wwe.com/shows/ecw/shows1/ecwonscifi/archive/01302007 |title= ECW on Sci Fi > Archive > 01/30/2007 |accessdate=2007-02-17]

Over the next weeks the war continued, with Burke and a number of other "new" stars becoming "the New Breed" and promptly starting a feud with the Originals, who lost Balls Mahoney but were joined by . The New Breed got off to a hot start in the feud, picking up win after win with no ECW Originals pinning New Breed members until three weeks in to the feud, when Rob Van Dam pinned Elijah Burke. The teams continued to clash in singles and tag matches, trading wins on the weekly ECW show. The Originals won a standard-rules four-on-four match at , but lost an extreme-rules rematch on the next Tuesday's show. The following week, the Originals befriended . One Night Van Dam was talking with Punk and then Burke interupted them trying to incourage Punk to join him, that night Sabu & Van Dam were facing Burke & , when the two Originals were down outside the ring, Punk interfered and looked like He'd come to 'make the save' for Van Dam & Sabu only to go into the ring and argue with Burke but then shake hands folowing it the rest of the New Breed coming in and holding him up, smiling, making it clear that Punk had joined them. At WrestleMania the Originals won the rubber match when they defeated the New Breed in an 8 man Elimination Tag Team Match after CM Punk betrayed the New Breed and kicked Elijah Burke in the back of the head leading to a Five Star Frog Splash and eventual pinfall victory by Rob Van Dam. Following Vince McMahon winning the ECW World Championship at Backlash, the Originals made comments about Vince McMahon becoming the new ECW Champion and killing the ECW spirit on WWE.com. This led to an "Extreme Rules" Four Way Dance between the Originals, with the winner getting a chance to face Mr. McMahon one-on-one for the ECW World Championship. RVD then won this match with a Five-Star Frog splash to Sandman, but was not given the shot when it was announced that would face Mr. McMahon for the title and was put in a handicap match with Vince, his son and Umaga, and would lose the match.

On Sabu was released by the WWE.

At One Night Stand, Tommy Dreamer and Sandman teamed up with CM Punk to defeat the New Breed in a Tables Match. The same night, Rob Van Dam was involved in a match vs. and suffered another concussion. On , 2007 defeated another ECW Original incarnation of Tommy Dreamer (a returning member), Balls Mahoney and The Sandman in a 3-on-1 Handicap Hardcore Match.The stable was fractured even further when Sandman was drafted to RAW and released by WWE on . In mid-2007, teamed with Tommy Dreamer against the New Breed on house shows, replacing Sandman in the ECW Originals. As commentating teams announced Elijah Burke as the "former" leader of the New Breed, it signaled the end of the New Breed and the ECW Originals, and their feud.

The group slowly went there separate ways after The Sand Man was drafted to RAW and later released. Soon every ECW Original would get released except for Tommy Dreamer.