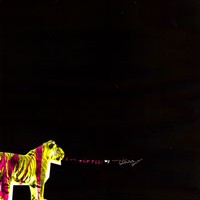 "E-Pocalypse!" is the debut EP released by Welsh rock band Kids In Glass Houses. The EP was released independently by the band from and was sold through their online merch store and at shows. The EP is now out of print, having sold its last few copies during Summer 2007.

Aled Phillips has stated that lyrically the EP is quite close to familiar grounds. In an interview about the EP, he has stated that primarily the concepts dealth with involve sex, drugs, betrayal, friendship, and small town life. Also specified is that single "Me Me Me" is about growing up in a narrow-minded, secular community, that is a little too set in its ways and the unspoken fear of progress, and taking to things that are deemed a little alien or foreign.

Shortly before its release, a promo of the album was created, and can now be found on site such as or at independent record stories. However, the promo is quite rare. The track listing is as follows:

The track listing did not include "Telenovela", which was added to the final cut later on in production. The printing on the CD has two mistakes on it also. The first mistakes is the times of the tracks, which displayed them differently to what they actually are. The second mistake is that "Historia" is shown as Track 4, and "Raise Hell" is shown as Track 3, whereas they are the other way around.

The cover art for the album, as well as the album sleeve, was designed by Vocalist . The artwork also features the band's trademark flamingo design in places. The artwork also contains a recurring theme of tigers, much like the one shown on the front cover.