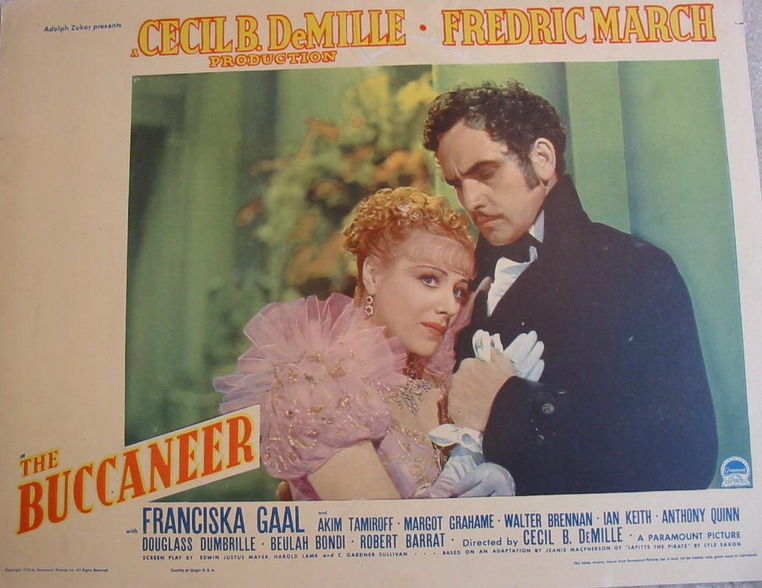 "The Buccaneer" (1938) is a made by . It was produced and directed by from a by , Edwin Justus Mayer and C. Gardner Sullivan adapted by from the novel "Lafitte the Pirate" by Lyle Saxon. The music score was by and the cinematography by .

Cecil B. DeMille remade the film in 1958 in and with the same title, but because of ill health, he allowed , his longtime friend and associate, to produce it, and the film was directed by . DeMille received no screen credit, but did make a personal appearance in the to the film, much as he did in "The Ten Commandments". The 1958 version of "The Buccaneer" stars , and , with as . Douglas Dumbrille appeared in both versions.