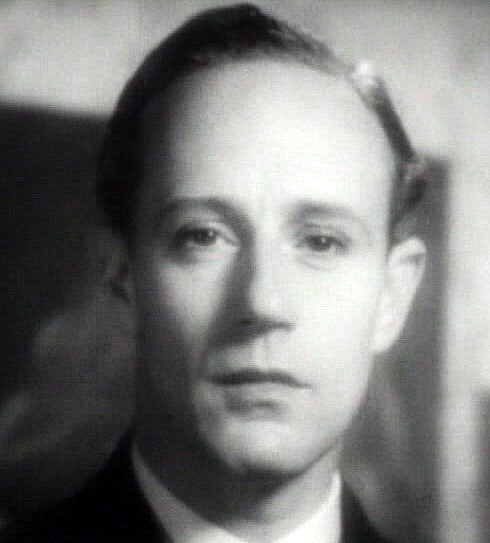 He was born Leslie Howard Steiner to a Hungarian father, Ferdinand Steiner, and an English Jewish mother, Lillian Blumberg, in and educated at , . (In later years, Howard usually listed his birth name as Stainer despite clear records of the correct spelling.) He worked as a bank clerk before enlisting at the outbreak of . He served in the as subaltern in the , but suffered severe , which led to him relenquishing his commission in May 1916.

Howard began acting on stage in London in 1917 but had his greatest success on Broadway, gaining fame in plays like "" (1923), "" (1924), and "" (1925) before becoming an undisputed Broadway star in "" (1927). His enormous success as er Peter Standish in "Berkeley Square" in 1929 was his greatest triumph in the theatre and resulted in a call to the following year, but the stage continued to be an important part of his career. He usually served as either producer or director of the Broadway productions he starred in (frequently performing both duties) and was also a playwright, starring in the New York productions of his plays "" (1927) and "" (1930). Howard also wrote, but did not act in the 1936 play "".

Howard was always better known for his acting, enjoying triumphs in "" (1932) and "" (1935), immortalising both roles on film. But he had the bad timing to open in "" on Broadway in 1936 just a few weeks after had had a resounding success in a rival production of Shakespeare’s play that was far more successful with both critics and audiences. Howard’s production lasted 39 performances in New York before it was withdrawn. It proved to be Howard’s final stage role.

Howard often played stiff-upper-lipped Englishmen in films such as the film version of his great stage success "Berkeley Square" (1933), for which he was nominated for a . He played "The Scarlet Pimpernel" in 1934 and in 1938 played Professor Higgins in "Pygmalion", which earned him another Oscar nomination. He appeared in the film version of "Outward Bound" but in a different role from the one he'd portrayed in the Broadway cast.

In 1936 he appeared in "". It was Howard who reportedly insisted that appear in the film as Duke Mantee. They had previously appeared in the play together on Broadway and became lifelong friends; the Bogarts named their daughter Leslie after him. As a parody, 's 1937 cartoon "" portrays a cinema audience watching "The Petrified Florist", starring Bette Savis and Lester Coward.

"The Petrified Forest" was one of several films in which Howard co-starred with . They also appeared together in the film adaptation of Somerset Maugham's "Of Human Bondage" and the 1937 romantic comedy "" (also starring ). Howard starred with in the 1939 film "Intermezzo" and in the 1936 film version of "Romeo and Juliet". Howard is perhaps best remembered for his role as in the epic "Gone with the Wind" (1939), but he was uncomfortable with and returned to Britain to help with the war effort. He directed and starred in a number of films, including "" (which he also produced) and "" with . In "Forty-Ninth Parallel" Howard played an English eccentric who is wounded while capturing a .

Howard died in 1943 when he was returning to England from on /. The aircraft was shot down by a German over the .

The truth, revealed in several exhaustively detailed books such as "Bloody Biscay" (which comes to a slightly different conclusion), "Flight 777" by Ian Colvin, and "In Search of My Father" by Howard's actor son Ronald, is that the Germans were almost certainly out to shoot down the plane in order to kill Howard himself. [Howard, Ronald. In Search of My Father: A Portrait of Leslie Howard ISBN 0-312-41161-8] His intelligence-gathering activities (while ostensibly on "entertainer goodwill" tours), as well as the chance to demoralise Britain with the loss of one of its most outspokenly patriotic figures, were behind the attack. Ronald Howard's book, in particular, explores in great detail written German orders to the assigned to intercept the airliner, as well as communiques on the British side which verify intelligence reports of the time indicating a deliberate attack on Howard. It also makes clear that the Germans were well aware of Churchill's whereabouts at the time and were not so naïve as to believe the British Prime Minister would be traveling alone aboard an unescorted and unarmed civilian airliner when both the secrecy and air power of the British government were at his command. [Howard, Ronald. In Search of My Father: A Portrait of Leslie Howard ISBN 0-312-41161-8]

Howard was traveling through and , ostensibly lecturing on film, but also meeting with local propagandists and shoring up support for the Allied cause. The Germans in all probability suspected even more surreptitious activities. (German agents were active throughout Spain and Portugal, which, like , was a crossroads for persons from both sides of the conflict, but even more accessible to Allied citizens.) A book by Spanish writer José Rey-Ximena called 'El Vuelo del Ibis' ('The Flight of the Ibis') claims that Howard was on a top secret mission for Churchill to warn Franco to keep out of the war. Howard had contacts with Ricardo Gimenez-Arnau, head of Spains Foreign Office via an old girlfriend, Conchita Montenegro.

Ronald Howard, Leslie's son, was of the conviction that the orders to liquidate Leslie came from , who had been ridiculed in one of Howard's films and who believed Howard to be the most dangerous propagandist in the British service. [Howard, Ronald. In Search of My Father: A Portrait of Leslie Howard ISBN 0-312-41161-8]

Christopher Goss's book "Bloody Biscay", however, quotes Herbert Hintze, Staffel Führer of 14 Staffel, based in , as remarking that his Staffel shot down the merely because the plane was recognised as an enemy aircraft, unaware that it was an unarmed civilian plane. Hintze states that his fellow Staffel pilots were angry that the had not informed them of a scheduled flight between and the , and that had they known, they could easily have escorted the plane to and captured it and all aboard.

Howard's will revealed an estate of £62,761. [ Parker, John, "Who's Who in the Theatre", 10th revised edition, Pitmans, London, 1947: 1939] He was married to Ruth Martin in 1916. They had two children. His son Ronald also became an actor, noted for portraying in a 1954 half-hour television series, and wrote one of the few biographies of Leslie Howard: "In Search of My Father: A Portrait of Leslie Howard" ISBN 0-312-41161-8). His daughter, Leslie Ruth Howard, also wrote a biography entitled, "A Quite Remarkable Father."

Leslie Howard's younger brother, Arthur, was also an actor, primarily in British comedies. His sister was a costume designer.

Howard, widely known as a ladies' man, [Howard, Ronald. "In Search of My Father: A Portrait of Leslie Howard" ISBN 0-312-41161-8] is reported to have had an affair with while filming "The Scarlet Pimpernel", when they appeared onstage in "Her Cardboard Lover" and , with whom he appeared in the 1931 film "Never the Twain Shall Meet".