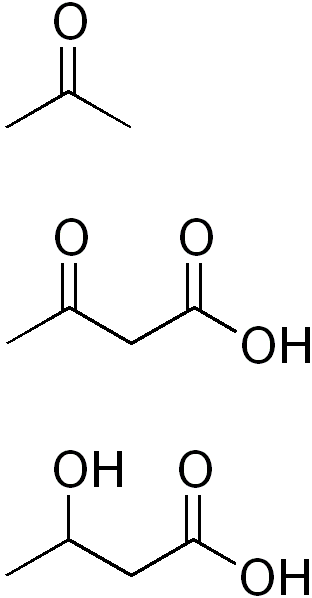 Ketosis (pronEng|kiːˈtoʊsɪs) is a state in occurring when the excessively converts fat into fatty acids and which can be used by the body for energy.

Most medical resources regard ketosis as a physiological state associated with chronic .Fact|date=November 2007 Glucose is regarded as the preferred energy source for all cells in the body with ketosis being regarded as a crisis reaction of the body to a lack of carbohydrates in the diet. In recent years this viewpoint, both the body's preference for glucose and the dangers associated with ketosis, has been challenged by some doctors. [cite journal|last=Eaton|first=S. Boyd|coauthors=Melvin Konner|year=1985|title=Paleolithic nutrition: a consideration of its nature and current implications|journal=New England Journal of Medicine|volume=312|pages=283–89|url=http://content.nejm.org/cgi/content/citation/312/5/283|pmid=2981409] [Eades, M. et al. "Protein Power Lifeplan" [http://www.proteinpower.com] ] [cite journal | author= William S Yancy, Jr, Marjorie Foy, Allison M Chalecki, Mary C Vernon, and Eric C Westman | title=A low-carbohydrate, ketogenic diet to treat type 2 diabetes | journal=Journal of Nutrition and Metabolism | year=2005 | volume=2 | doi= 10.1186/1743-7075-2-34 | pages=34]

, from the breakdown of fatty acids to acetyl groups, are also produced during this state, and are burned throughout the body. Excess ketone bodies will slowly decarboxylate into . That molecule is excreted in the and .When stores are not available in the cells (glycogen is primarily created when such as and are consumed in the diet), fat () is cleaved to give 3 fatty acid chains and 1 molecule in a process called . Most of the body is able to utilize fatty acids as an alternative source of energy in a process where fatty acid chains are cleaved to form , which can then be fed into the Krebs Cycle. It is important to note that acetyl-CoA can only enter the Krebs Cycle bound to oxaloacetate. When carbohydrate supplies are inadequate, however, the body naturally converts oxaloacetate to glucose for use by the brain and other tissues. When acetyl CoA does not bind with oxaloacetate, the liver converts it to ketones (or ketone bodies). If these ketones are not used for fuel by muscles, nerves, or the brain, they begin to accumulate and ultimately lead to a condition known as ketosis. During this process a high concentration of is present in the serum and this inactivates and (regulators of glycolysis) indirectly, causing most cells in the body to use fatty acids as their primary energy source. At the same time, is synthesized in the liver from , glucogenic s, and glycerol, in a process called . Glucose is a simple sugar made by the body and is necessary for proper bodily function. This glucose is used exclusively for energy by cells such as and .Fact|date=February 2007

Ketosis should not be confused with (diabetic ketoacidosis or the less common alcoholic ketoacidosis), which is severe ketosis causing the pH of the blood to drop below 7.2. Ketoacidosis is a medical condition usually caused by and accompanied by , , ketonuria and increased levels of glucagon. The high glucagon, low insulin serum levels signals the body to produce more glucose via and , and ketone bodies via . High levels of glucose causes the failure of tubular reabsorption in the kidneys, causing water to leak into the tubules in a process called , causing dehydration and further exacerbating the acidosis.

If the diet is changed from a highly glycemic diet to a diet that does not substantially contribute to , the body goes through a set of stages to enter ketosis. During the initial stages of this process the adult brain does not burn ketones, however the brain makes immediate use of this important substrate for lipid synthesis in the . After about 48 hours of this process, the brain starts burning ketones in order to more directly utilize the energy from the fat stores that are being depended upon, and to reserve the glucose only for its absolute needs, thus avoiding the depletion of the body's protein store in the muscles.

Whether ketosis takes place can be checked by using special urine test strips such as "".