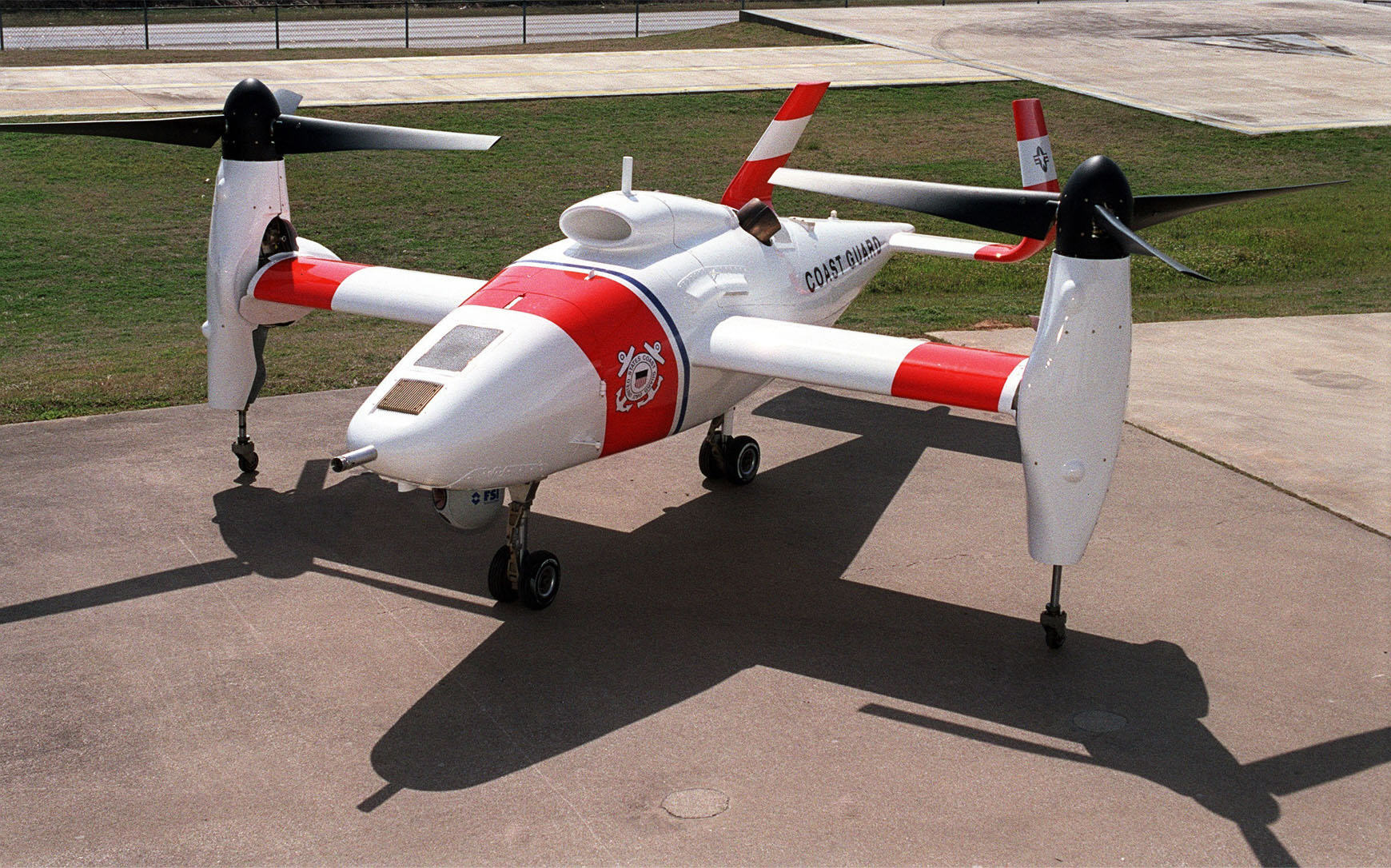 The Bell Eagle Eye, Model 918, is a that was offered as one of the competitors in the U.S. Navy's VT-UAV (Vertical Takeoff - UAV) program.

The Eagle Eye program began in 1993 with the TR911X 7/8th scale . The composite airframe was originally designed and built for Bell by the research company "". The two demonstrator aircraft were powered by an Allison 250-C20 engine mounted in the center , with a transmission system driving a tilting rotor at the end of each wing. [ [http://www.scaled.com/projects/eagleye.html Scaled Composites information] ]

The aircraft had its maiden flight on , , [ [http://www.defense-aerospace.com/cgi-bin/client/modele.pl?prod=28362&session=dae.22678013.1157485437.RP3TfcOa9dUAABGkUZ8&modele=jdc_1 Defense Aerospace] ] and then entered a flight test program. Phase 1, or land-based operations testing, was completed in April 1998. Phase 2 (sea-based testing) started shortly after that. The first prototype was destroyed in an accident, but the second successfully completed the test program.

These successes led to the entry into the Deepwater program in 2002 and construction of the full size vehicle, called the TR918, powered by a P200/55 turboshaft engine.

Bell had promoted the Eagle Eye for a decade without finding a buyer, but in the summer of 2002, the U.S. Coast Guard ordered the UAV as part of the service's broad Deepwater re-equipment effort. The Coast Guard machine will be slightly scaled up from the company demonstrator, and will have a maximum speed of 200 kts (370 km/h) and an endurance of 5.5 hours with a 200 pound (90 kilogram) payload.

The US Navy and Marine Corps have also expressed some interest and there have been inquiries from various foreign governments. In the summer of 2004 Bell established a relationship with in and Rheinmetall Defense Electronics in to sell variants of the Eagle Eye to an governments. Bell proposes to provide raw airframes, the European partners will provide payloads and other gear as specified by customers, and Bell will then perform system integration.