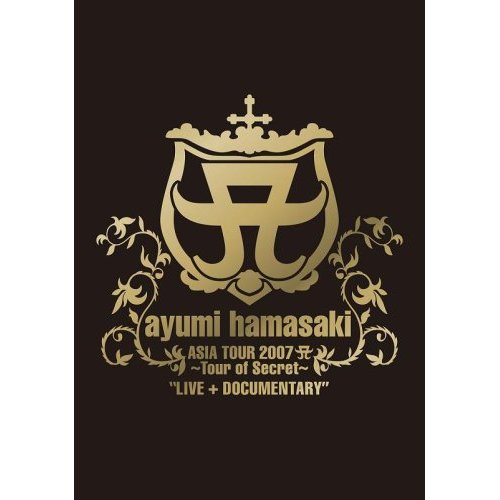 
image_caption =
artist =
start_date =
end_date =
number_of_shows = 13 in
1 in
1 in
1 in
16 in Total
last_tour = Ayumi Hamasaki BEST of COUNTDOWN live 2006-2007 A
this_tour = Ayumi Hamasaki Asia Tour 2007 ~Tour of Secret~
next_tour = ayumi hamasaki ASIA TOUR 2007 A ~Tour of Secret~ is the first Asia-wide and ninth overall held by Japanese singer , in support of her album "Secret". The tour started , , and ended in mid June of the same year, with legs not only in Japan but in other Asian countries as well, making it Hamasaki's first concert tour with non-domestic stops.

Although Hamasaki had performed outside of Japan prior to "Tour of Secret", up until then, all of her concert tours included only domestic stops. However, during Avex's 2006 "a-nation '06" concert, Hamasaki announced that she was planning a concert tour that would include stops in other Asian countries; moreover, it was likely to take place within the following two years. [zh icon cite web | url=http://ent.sina.com.cn/y/2006-08-28/18321220844.html | title=组图：a-nation音乐节结束 群星亮相中国媒体会_影音娱乐_新浪网 | publisher= | accessmonthday=|accessyear=2008|date=, ] By December of that year, Hamasaki announced in a interview that it was ascertained that her first tour of Asia would take place in 2007.

The DVD was released on March 12 in Japan, March 21 in Taiwan, and March 25 in Hong Kong. The VCD was released on March 28 in Hong Kong. It featured 120 minutes of live footage, including encores. Both the VCD and the DVD included a tour documentary spanning the time from her first rehearsals for the tour up through the final show -- condensing 150 days worth of tour into nearly three and a half hours worth of road movie footage.

It containes "exceptionally rare footage" never seen in past tour DVDs and VCDs that filmed only the final concerts. It included moments such as the wild reception of Ayumi's Asian fans, and songs performed at only a few stops during the tour ("Memorial address," "JEWEL," "momentum," and "flower garden").

Note: The total attendee number is smaller than the venue capacities because of the large amount of space the elaborate stage took up. All venues were in fact sold out

A merging of and the most famous female singer in Japan, , has been made, and was first seen when the Tour of Secret goods became available on on , . It is said they together "will make a new character". Ayumi is assumed to be depicted by her popular 'ayupan'. ("Ayu-Pan" is short for "Ayumi Panda".) In which she has large eyes that are said to make her resemble a . Ayumi, as the 'ayupan', is seen wearing the same clothes as Hello Kitty, overalls, with a bow on their heads. So far, we have seen a Mirror, and an ayupan of the Ayumi Hamasaki x Hello Kitty franchise. All other information on the Ayumi Hamasaki x Hello Kitty project between and is currently unknown. It is also unknown whether Ayumi Hamasaki x Hello Kitty will be released outside of Asia. This information was officially revealed on , and came with a generally positive reaction from fans around the world.

Hamasaki released a statement on her official website about the new character: