The Mott MacDonald Group is an employee-owned company management, engineering and development consultancy serving the public and private sectors world-wide. The firm employs more than 14,000 staff and works in 140 countries.

On 30th July 1902 Basil Mott and David Hay entered into partnership under the name Mott & Hay. Both engineers had worked together since 1888 on the City and South London Railway under Sir Benjamin Baker and JH Greathead. They were joined by Sir David Anderson in 1920.

Mott, Hay & Anderson's traditions owe much to its founder's two mentors. Greathead is renowned as the foremost soft ground tunneller of the time, while Baker is remembered particularly for London's District Railway, the Forth Railway Bridge and the Aswan Dam which, in one of those extraordinary coincidences of history, was heightened between 1926 and 1933 by Sir M MacDonald & Partners.

The existence of Sir M MacDonald & Partners directly relates to affairs in Egypt from 1890 to 1930 and in particular to the Aswan Dam. The greatest achievements of this period included the construction and first heightening of the Aswan Dam which opened on 15th May 1921. Sir Murdoch MacDonald in his capacity as the Advisor, Ministry of Public Works, was closely associated with the development and first heightening of the Aswan scheme which marked the start of a long association with hydro electric power development. Sir Murdoch retired from the Egyptian Government Service in June 1921 and returned to Britain where aged 55 years, he immediately entered into partnership with Archibald MacCorquodale.

PH East (who had also been an engineer in the Egyptian Government Service from 1907 to 1926) and OL Prowde joined Sir Murdoch MacDonald in a partnership in January 1927, marking the start of a new era. The name of the company was changed to Sir M Macdonald & Partners and major new work started including the second heightening of the Aswan Dam, which continued through the design and construction stages to 1933.

The firm has expanded over the years through the acquisition of Husband and Company, Ewbank Preece (power & telecommunications specialists) in 1994, Cambridge Education Associates (education consultants) in 2000, Dalal Consultants (an Indian-based firm) in 2001, Franklin + Andrews (cost consultants) in 2002 and HLSP (a health practice) in 2003.[2]

Today Mott MacDonald has over 14,000 staff located in 150 offices, working on projects in over 140 countries.[3] Mott MacDonald is engaged in public and private sector development across a wide range of markets, including: 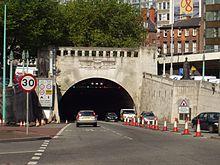 The Liverpool Entrance of the Queensway Tunnel

Some of the Group’s historical projects include: 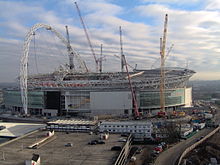 Other key projects include: