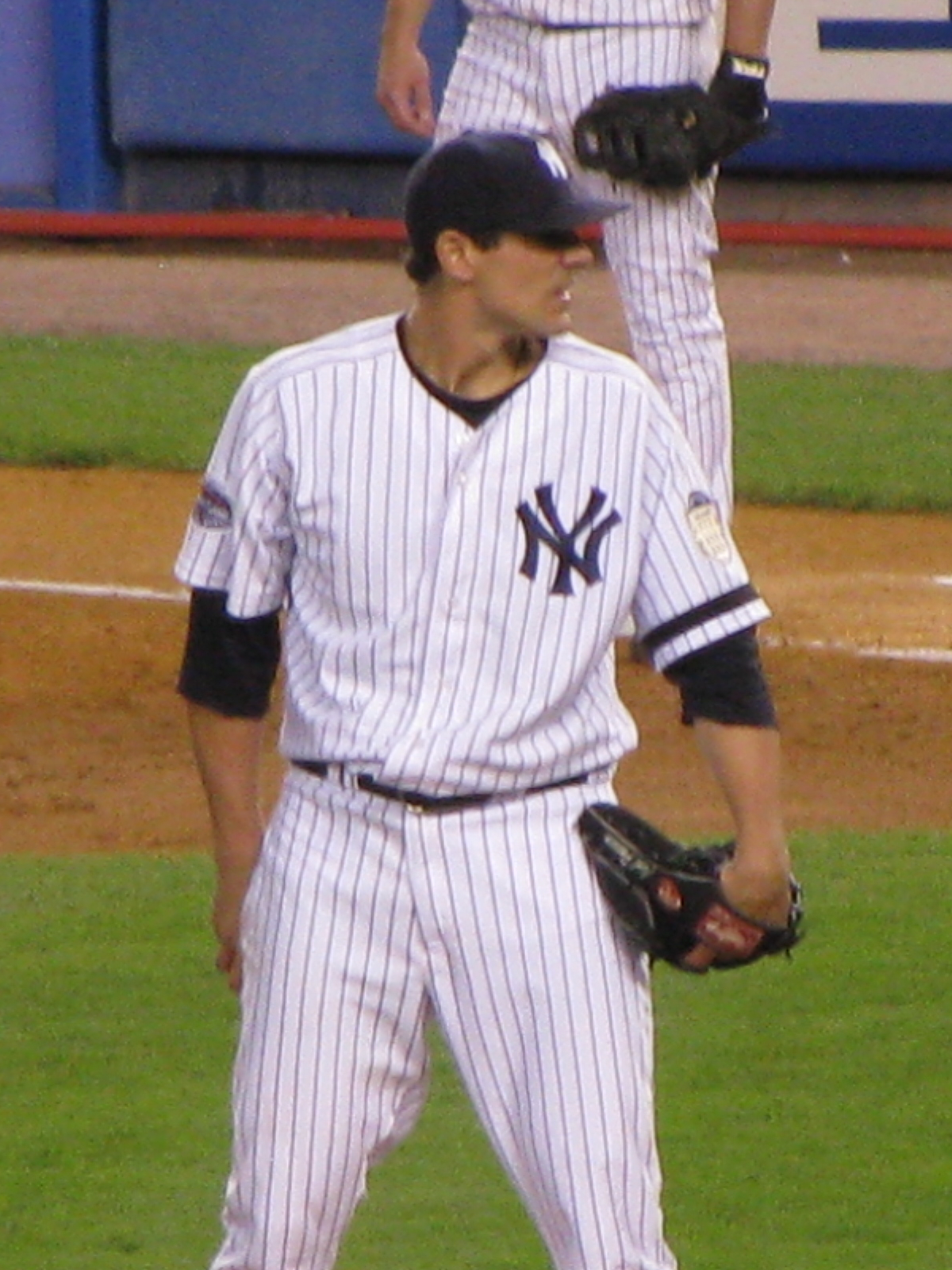 Carl Anthony Pavano (born , in ) is a for the . Pavano is known for being injury-prone, spending the majority of the mlby|2005, mlby|2006, mlby|2007 and mlby|2008 seasons on the , and having his work ethic questioned by teammates.

Pavano was selected by the in the 13th round of the mlby|1994 amateur draft. He came out of located in Southington, CT. In November mlby|1997, he was sent to Montreal, along with pitcher , in the trade that brought to Boston. Pavano debuted with the Expos in mlby|1998 and was traded to the in the middle of the mlby|2002 season in a trade that included . Pavano gave up 's 70th home run in the 1998 season. [cite web
url=http://www.chattanoogan.com/articles/article_109596.asp
title=Milestone Major League Home Runs – Those Who Hit Them And The Pitchers Who Served Them Up |date=2007-07-02 |publisher=Chattanoogan.com | author=B.B. Branton |accessdate=2007-09-02]

Despite having been plagued by injuries, Pavano became an important part of Florida's starting rotation and had a highly successful postseason in mlby|2003 for the -Champion Marlins. He started Game 4 of the Series against the Yankees, holding New York to one run over eight innings in a game the Marlins would go on to win, 4-3, in extra innings.

Pavano followed up his playoff exploits with his best season to date in mlby|2004, posting an 18-8 record and a 3.00 ERA. He became a following the season and, despite receiving bigger offers from Boston and Cincinnati, chose to accept a four-year contract worth $39.95 million with the New York Yankees on , 2004. [cite web
url=http://newyork.yankees.mlb.com/news/article.jsp?ymd=20070309&content_id=1835760&vkey=spt2007news&fext=.jsp&c_id=nyy
title=Pavano excused from Friday's start: Team announces right-hander left camp for personal reasons |date=2007-03-09 |publisher=New York Yankees Home Page | author=Bryan Hoch |accessdate=2007-09-02] [cite web |url=http://cbs.sportsline.com/mlb/story/7988594
title=Pavano tells agent he wants to be a Yankee |date=2004-12-11 |publisher= |accessdate=2007-09-02] In 2005, Pavano began the season with quality starts in seven of his first 10 appearances, compiling a 4-2 record and a 3.69 ERA. However, in June of that year, he injured his right shoulder and went on the disabled list. Pavano made 17 starts and finished 4-6 with a 4.77 ERA. The Yankees expected him to be healthy for the 2006 season, but Pavano began the season on the disabled list after bruising his buttocks in a game. He did not pitch at all in the Majors in 2006, making only minor league rehab starts. On , 2006, he broke two in an accident. However, he did not tell the Yankees until , the day they informed him that they planned for him to come off the disabled list to play that Thursday. [cite web
url=http://mlb.mlb.com/content/printer_friendly/nyy/y2006/m08/d29/c1634918.jsp |date=2006-08-30
title=Extent of Pavano's injury unknown | publisher=MLB.COM | first = Ryan | Last = Mink
accessdate=2007-05-06]

In spring training in 2007, Yankees pitcher said that Pavano needed to prove that he wanted to pitch for the team. Mussina said he does not believe he is the only Yankee who feels this way. "It didn't look good from a player's and teammate's standpoint," Mussina said of Pavano's injuries. "Was everything just coincidence? Over and over again? I don't know." Manager explained that the amount of work Pavano needed to do in repairing his clubhouse image was "sizable." [cite web
url=http://mlb.mlb.com/news/article.jsp?ymd=20070215&content_id=1803247&vkey=news_mlb&fext=.jsp&c_id=mlb |date=2006-08-30
title=Pavano's desire questioned by Mussina | publisher=MLB.COM | first = Ryan | Last = Mink
accessdate=2008-08-03] Later that season, after ace injured his right hamstring late in spring training, the Yankees chose Pavano to start on Opening Day against the Tampa Bay Devil Rays at . On , 2007, Pavano was placed on the 15-day DL with what was described as an "elbow strain". On , 2007, it was reported that Pavano would opt for in his elbow.

In December 2007, the Yankee organization asked Pavano to accept a minor league contract to clear space on their 40-man roster, Pavano's agent, Tom O'Connell, stated that he would consider the request, but he later turned it down. O'Connell also stated that Pavano's rehabilitation is going faster than expected and he might be available to pitch at the Major League level by mid-summer 2008. [cite web |url=http://sports.espn.go.com/mlb/news/story?id=3151039
title=Yanks ask Pavano to go on minor league roster |date=2007-12-11 |publisher= via |accessdate=2007-12-12] By refusing the minor league contract and remaining on the roster the entire season, Pavano guaranteed himself a share of the Yankees' post-season bonus money, which would have been worth up to $300,000 had the Yankees won the World Series.

Since his first stint on the disabled list, Pavano did not endear himself to his Yankee teammates and has stated that he will not visit the team when they play in Tampa Bay, near where the pitcher is rehabilitating. Meanwhile, Pavano's agent Tom O'Connell &ndash; the fourth agent the right-hander has gone through in his career &ndash; believes that Pavano would still be a desired commodity on the free-agent market this winter, even with his injury history. "Carl's a 1-2 starter. Those guys don't grow on trees. Those guys are very rare, 200-inning guys are very rare in this game, and they're the ones that make the money. And he did it two years in a row, before he got hurt, and I'm sure he's going to do it again," O'Connell said. [cite web |url=http://www.nj.com/yankees/index.ssf/2008/04/pavano_cant_rehab_his_image.html
title=Pavano can't rehab his image |date=2008-04-16 |publisher= |accessdate=2008-08-03]

During a game Pavano started on September 14, he allowed three earned runs and five hits before he left the mound in the sixth inning following a visit by the trainer and manager Joe Girardi. Pavano was pitching to Eric Hinske with one out and a runner on first when he got the mound visit. After a short discussion, Pavano walked off the field as the sellout crowd showered him with boos. It was reported as a "left hip injury." [cite web |url=http://www.nypost.com/seven/09152008/sports/yankees/pavano_too_hip_to_finish_sixth_129113.htm
title=PAVANO TOO HIP TO FINISH SIXTH | author=Mark Hale |date=2008-09-15 |publisher= |accessdate=2008-09-26]