The Marathon originated as a design to meet the requirements of the Brabazon Committee. It was designed by Miles Aircraft Limited as a high-wing cantilever monoplane with four engines and all-metal construction. It was capable of carrying two crew and up to 20 passengers. The aircraft was designated the Miles M.60 Marathon with the first of three prototypes (registered U-10) flying on 19 May 1946. A total of 25 aircraft were ordered by the Ministry of Supply and 25 by British European Airways, but Miles had financial problems and needed orders for over 100, not helped when the prototype aircraft crashed and the power shortages led to the loss of components already produced. When the Miles company went bankrupt, Handley Page bought the assets, including the factory at Woodley near Reading, Berkshire and design rights to the Marathon.

The first production Marathon 1 aircraft (registered G-ALUB) left Woodley on 14 January 1950 for a sales tour of Australia and New Zealand. The aircraft was painted in BEA markings as "Rob Roy" in September 1951 and was demonstrated to the airline at Heathrow. During acceptance tests for British European Airways it was decided that the Marathon was not suitable to replace the de Havilland Dragon Rapide and the order was reduced to seven aircraft, none of which were accepted by BEA.[1]

Six Marathons were delivered to the West African Airways Corporation in late 1952 for operation in and between the British colonies in that region. They were replaced in 1954 by de Havilland Herons. The last three production aircraft were given increased tankage and sold to Union of Burma Airways which operated them in the region for several years.[2]

Marathon 1A of the Royal Aircraft Establishment in September 1956

Most of the returned and unsold aircraft were then diverted for use by the Royal Air Force as navigation trainers with the designation Marathon T.11. After internal modifications, most of the 28 aircraft taken on charge from early 1953 were used by No. 2 Air Navigation School at RAF Thorney Island, Hants. The navigational trainers were retired in June 1958 and most were quickly scrapped.[3] A few Marathons were operated by other UK military users including the Royal Aircraft Establishment.

Three Marathons were acquired in 1955 by Derby Aviation, based at Burnaston airport near Derby and predecessor of British Midland Airways. The aircraft were used on scheduled services within the UK and to the Channel Islands until withdrawal in December 1960. One aircraft was delivered to Jordan in September 1954 for the personal use of King Hussein.

The Mamba-powered Marathon testbed was later fitted with the Alvis Leonides Major radial engines and used as a testbed for the projected Herald.

No surviving airframes are known to exist but the upper fuselage section of Marathon M.60 HPR 118/G-AMEW/XA265 was stored at Woodley, United Kingdom as part of the Miles Collection c. 2000.[4] 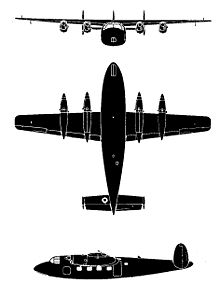