Rapid prototyping is the automatic construction of physical objects using additive manufacturing technology. The first techniques for rapid prototyping became available in the late 1980s and were used to produce models and prototype parts. Today, they are used for a much wider range of applications and are even used to manufacture production-quality parts in relatively small numbers. Some sculptors use the technology to produce exhibitions. 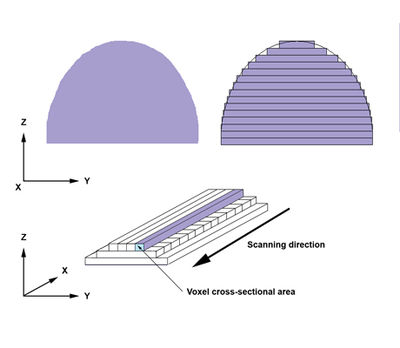 The use of additive manufacturing for rapid prototyping takes virtual designs from computer aided design (CAD) or animation modeling software, transforms them into thin, virtual, horizontal cross-sections and then creates successive layers until the model is complete. It is a WYSIWYG process where the virtual model and the physical model are almost identical.

With additive manufacturing, the machine reads in data from a CAD drawing and lays down successive layers of liquid, powder, or sheet material, and in this way builds up the model from a series of cross sections. These layers, which correspond to the virtual cross section from the CAD model, are joined together or fused automatically to create the final shape. The primary advantage to additive fabrication is its ability to create almost any shape or geometric feature.

The standard data interface between CAD software and the machines is the STL file format. An STL file approximates the shape of a part or assembly using triangular facets. Smaller facets produce a higher quality surface.

The word "rapid" is relative: construction of a model with contemporary methods can take from several hours to several days, depending on the method used and the size and complexity of the model. Additive systems for rapid prototyping can typically produce models in a few hours, although it can vary widely depending on the type of machine being used and the size and number of models being produced simultaneously.

Traditional injection molding can be less expensive for manufacturing polymer products in high quantities, but additive fabrication can be faster and less expensive when producing relatively small quantities of parts. 3D printers give designers and concept development teams the ability to produce parts and concept models using a desktop size printer.

Rapid prototyping is now entering the field of rapid manufacturing and it is believed by many experts that this is a "next level" technology.[1] 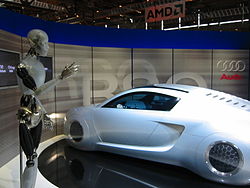 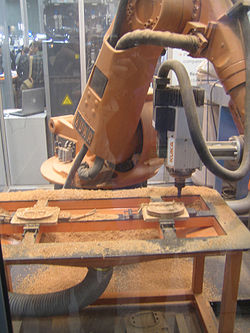 A large number of competing technologies are available in the marketplace. As all are additive technologies, their main differences are found in the way layers are built to create parts. Some are melting or softening material to produce the layers (SLS, FDM) where others are laying liquid materials thermosets that are cured with different technologies. In the case of lamination systems, thin layers are cut to shape and joined together.