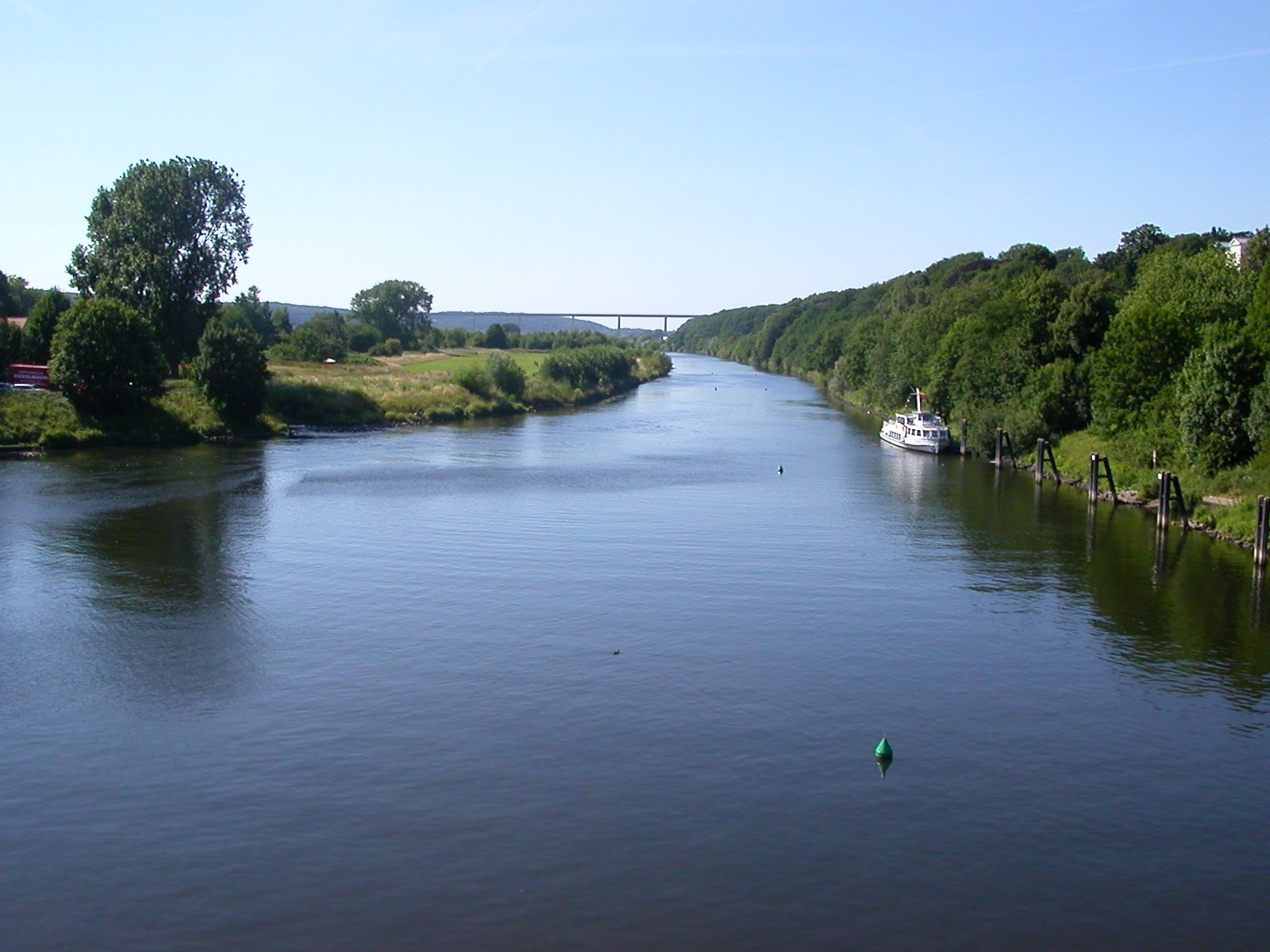 The Ruhr is a medium-size in western (), a right tributary (east-side) of the . Its source is at an elevation of approximately 2,200 feet (670 m), near the town of in the mountainous region, and it flows into the lower river at an elevation of only 56 feet (17 m) in the municipal area of . Its total length is 217 km (135 miles), its average discharge is 79 m³/s (cubic metres per second) at near its mouth. Thus, its discharge is, for example, comparable to that of the river in Northern Germany or the river in the .

The Ruhr was Germany's main industrial zone during the early 1900s. Most factories were located there. Occupation of the Ruhr in the 1920s by French forces caused , which saw production in the factories grind to a halt. As a result, the crisis grew even worse.

There are five Ruhr reservoirs on the river, often used for leisure activities.

The adjacent major industrial region adopted its name from this river.

The Ruhr is used for the preparation of drinking water and has a good water quality, which contains a certain linguistic irony, since the word "Ruhr" means in the German language. Its riversides are largely characterized by open spaces and parkland, thus being used as recreation areas.