The Oratory of Saint Philip Neri is a congregation of Catholic priests and lay-brothers who live together in a community bound together by no formal vows but only with the bond of charity. They are commonly referred to as Oratorians. It should not be confused with the French Oratory, a distinct congregation, Society of the Oratory of Jesus (Société de l'Oratoire de Jésus) founded by Pierre de Bérulle in 1611 in Paris.

The post-nominal initials commonly used to identify members of the order are "C.O.". The abbreviation "Cong. Orat." is also used.

Unlike a religious order (the members of which take vows and are answerable to a central authority) or a monastery (the monks of which are likewise bound by vows in a community that may itself be autonomous and answerable directly to the Pope), the Oratorians are made up of members who commit themselves to membership in a particular, independent, self-governing local community (an Oratory, usually named for the place in which it is located: e.g., Birmingham Oratory, Oxford Oratory, Brooklyn Oratory) without actually taking vows, an unusual and innovative arrangement created by St Philip. Normally an oratory must have a minimum of 4 members, 2 being ordained, in order to be founded. If a group of men seeks to establish an oratory, they may apply to do so, going through the proper diocesan channels; during the process of formation a member (or members) of a well-established oratory resides in the community to facilitate every aspect of the proposed foundation.

Oratorians have what is called 'stability,' which means they are committed as members of the community of a particular Oratory, though a member may move if there is a serious enough reason. Unlike the members of a religious order, Oratorians are not bound by a rule to pray in common, though this is something that Oratorians consider important, and they commit themselves to praying together at least twice each day, and having one communal meal which is usually dinner. Oratorians normally have a set time each day for praying together in silent meditation; this ends classically with the recitation of a litany; they may also celebrate the Eucharist in common. Although some oratories may have a dominant mission (e.g. the London Oratory, which maintains a school), in general the members of the Oratory spend the day involved in various ministries: teaching, parish work, spiritual direction, campus ministry, administration or maintaining the fabric of the community house. Some oratories are specifically connected with parishes and thus its members serve as clergy of the parish.

Each Oratory is an autonomous community, but these communities have federated themselves as a congregation which establishes common practices and preserves a common heritage of style of spirituality. As such, the Congregation of the Oratory functions more like a monastic federation than like a religious order.

Three documents govern the Oratory. The first is the "General Statutes" of the Congregation, which are guidelines to be followed throughout the world; these may be changed or modified when representatives from each oratory gather every six years in a meeting called a "congresso". The second is the "Particular Statutes", which outline how an individual oratory is to be conducted; these must be approved by Rome. The third document is the "Constitutions", which establish general norms, and outline the relationship between the Congregation and the Holy See. As the Oratory is a confederation, there is no central authority such as is found within the Dominicans, Franciscans, or Jesuits. Technically, each oratory is established by the Pope, and thus it has appeal to the Holy See in serious matters.

The confederative Congregation elects one of its own to represent the interests of the Congregation to the Holy See; this is done through the Congregation for Institutes of Consecrated Life and Societies of Apostolic Life. This person, known as Procurator General, resides in Rome at the Chiesa Nuova, which was home to the first followers of St. Philip Neri. 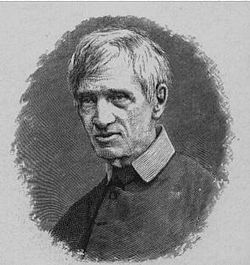 As Oratorians are secular clergy, they wear roughly the same dress as parish priests. However, the black cassock is fastened with a set of buttons curved from the top to the righthand side. In addition there is a distinctive Oratorian clerical collar which may be worn: white cloth that folds over the collar all around the neck, with a number of folds in, indicating from which particular Oratory a priest originates. The cassock is bound by a sash, called a fascia. The habit is given at formal reception into the community which comes after a few months of living together to see if the candidate fits in well. Members often, but do not necessarily, wear the cassock whilst engaged in their respective ministries, as this may be deemed unsuitable. On such occasions, members of the Oratory would wear the normal street clothes of a cleric, i.e., dark suit, but with the Oratorian collar. In some countries (such as Spain) the distinctive Oratorian cassock and collar was never adopted and there is no way to tell Oratorians from other secular priests.

Oratories around the world

As of 2009, the Oratorian Website of the "headquarters" in Rome lists the following as some of the numerous congregations throughout the world.

Cardinal John Henry Newman founded the first Oratory in the English speaking world when he established the Birmingham Oratory in the city of Birmingham on 2 February 1848. This was initially located at Old Oscott, which Newman renamed Maryvale (after the Oratory church in Rome, Santa Maria in Vallicella). After a couple of moves this community eventually settled in Edgbaston. Attached to the Birmingham Oratory was the famous Oratory School now at Woodcote, Berkshire, near Reading. Houses also exist in London (the London Oratory) and Oxford (the Oxford Oratory).

In Canada the Oratorians have a house in Toronto, although the original foundation was in Montreal in 1975. The first Oratory in the United States was founded in Rock Hill, South Carolina, in 1934. Other congregations are found in Monterey, California; Pharr, Texas; Pittsburgh, Pennsylvania; Brooklyn, New York; New Brunswick, New Jersey; Philadelphia, Pennsylvania; and Sparkill, New York.

The first Oratory in South Africa was founded in Oudtshoorn in 1997. The Port Elizabeth Oratory celebrated its inaugural Mass on 15 August 2008.