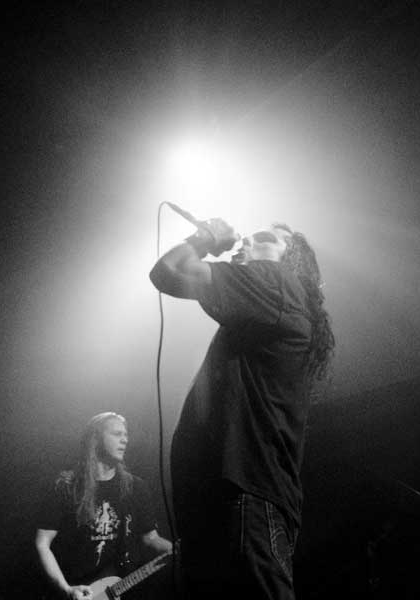 KOBUS! (or K.O.B.U.S!) is an band formed in 2000 by ex- guitarist and ex- vocalist . They performed as a duo until 2004 when they were joined by Rob Nel on bass and Paul André Blom on drums.

In 2007 Rob Nel was replaced on bass by Pierre Tredoux and in 2008 drummer Paul Andre Blom was replaced by Werner Von Waltsleben.

The band has released three albums: The self-titled debut "kobus!" in 2002, "100% Skuldgevoelvry" in 2004, and "Swaar Metaal" in 2007. The first two releases comprised of an eclectic mix of styles, crossing genres from track to track. The album "Swaar Metaal", which won the 'Best Afrikaans Rock Album' award at the 2008 South African Music Awards, is sonically more uniform than its predecessors, an Afrikaans-language Heavy Metal album, regarded as a first in Afrikaans music. [cite news
author = Sabrina Dean
publisher = "The Citizen"
date = 2007-04-24
title = Best Afrikaans band in the universe?
url = http://www.citizen.co.za/index/article.aspx?pDesc=36809,1,22
quote = The new album puts Kobus! on the map as the first band to do heavy (I mean real heavy) metal in Afrikaans.]