Hallel (Hebrew: הלל‎, "Praise") is a Jewish prayer—a verbatim recitation from Psalms 113–118, which is used for praise and thanksgiving that is recited by observant Jews on Jewish holidays.

Hallel consists of six Psalms (113–118), which are said as a unit, on joyous occasions.[1] On those occasions, Hallel is usually chanted aloud as part of Shacharit (the morning prayer service) following the Shacharit's Shemoneh Esreh ("The Eighteen", the main prayer). It is also recited during the evening prayers the first night of Passover, except by Lithuanian and German Jews, and by all communities after the Grace after Meals in the Passover Seder service. The first 2 psalms 113 and 114 are sung before the meal and the remaining 4 are sung after the meal.[2]

Psalm 136 which in Jewish liturgy is called "the Great Hallel" recited at the Passover meal after the "Lesser Hallel". It is punctuated by the refrain that emphasizes God's lovingkindness is everlasting. There is mention in some references that this Psalm may also be used antiphonally in Temple worship.[3]

These occasions include the following: The three pilgrim festivals Passover, Shavuot, and Sukkot (the "bigger" Jewish holy days), mentioned in the Torah) and Hanukkah and Rosh Chodesh (beginnings of the new month). Many Jewish communities, especially those that identify with religious Zionism, recite Hallel on Yom Ha'atzma'ut (Israeli Independence Day). Some also recite it on Yom Yerushalayim (commemorating the re-unification of Jerusalem in 1967).

On Rosh Hashanah and Yom Kippur, Hallel is not said at all, because as the Talmud states (Arachin 10b): "Is it seemly for the king to be sitting on His Throne of Judgment, with the Books of Life and Death open before Him, and for the people to sing joyful praises to Him?"

Pesach, like Sukkot, has the structure of "main holiday", followed by "Intermediate Days" (Chol ha-Moed), followed by "main holiday". Since Passover involved only a partial redemption of the Jews and the destruction of Egypt, and as the same sacrifice was offered in the Temple on every day of the holiday (as opposed to Sukkot), only "Half" (or Partial) Hallel is recited on all of the last six days of Pesach. Full Hallel is recited for the entirety of Sukkot.

Partial Hallel is recited on Rosh Chodesh because it was introduced at a much later time than the major holidays.

No Hallel, neither "Full" nor "Partial", is recited on Purim, despite the fact that there was a miraculous salvation, for several reasons:

Full Hallel (or הלל שלם Hallel Shalem in Hebrew Complete Hallel) consists of all six Psalms of the Hallel, in their entirety. It is a Jewish prayer recited on all seven days of Sukkot, on Shmini Atzeret and Simchat Torah), on Shavuot, on the first two days of Pesach (only the first day in Israel), and on the eight days of Hanukkah.

A blessing is recited at the beginning and end of Full Hallel.

Chatzi Hallel (חצי הלל Half Hallel or Partial Hallel) ("chatzi is "half" in Hebrew) does not include parts of the "Full Hallel": verses 1–11 of Psalm 115, nor those verses from Psalm 116. It is recited on the last six days of Pesach and on Rosh Chodesh. 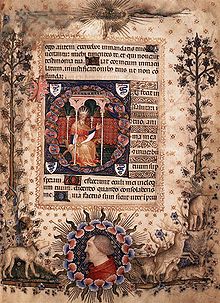 Psalms from the Hallel have been set to music many times, notably:
Psalm 113

American composer and conductor Michael Isaacson has composed A full Hallel for SATB Chorus entitled An American Hallel with interpolations of expressions of praise and gratitude by past and present Americans. It is to be premiered by the Carolina Master Chorale under the directorship of Tim Koch in the Fall of 2009

The name "Hallel" is normally applied to Psalms 113–118. For greater specificity this is sometimes called the "Egyptian Hallel".

Psalm 136, also known as "The Great Hallel" was most probably used antiphonally in Temple worship. In Jewish liturgy, the Great Hallel is recited at the Passover meal after the Lesser Hallel. All through the refrain is a repeated reference to the Lord's steadfast love. See Hosea 2:19. This psalm is a hymn that opens with a call to praise God because of God's great deeds in nature and his gracious historical actions in the history of Israel. It continues expressing God's mercy toward all and ends with another call to praise God.[4] Another Hallel sequence, forming part of the pesukei de-zimrah in the morning prayers, consists of Psalms 145 to 150.[5]