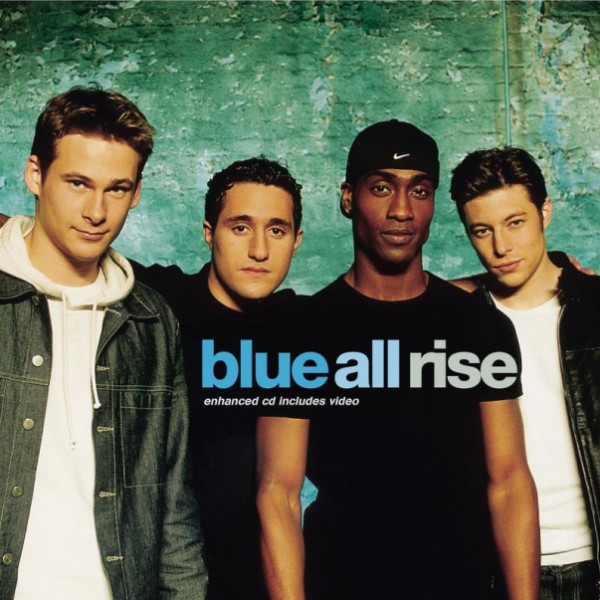 Blue were an English pop consisting of four members: , , , and . Together the band sold over 7 million records.

The band released their debut single "All Rise" in May 2001 and it reached number 4 in the UK singles chart. Blue's second single was released in August with the chart-topping "Too Close", a cover version of Next's US No 1 hit. Their second number one came in November with "If You Come Back". All three singles featured on debut album "All Rise", which was released in time for Christmas and reached number one, eventually selling in excess of 1,630,000 copies alone in the UK. Blue reached number six in March 2002 with their fourth single, "Fly By II" - a remix of album track "Fly By".The album was 12 in Portugal.

The band decided to split after suggested that their popularity was decreasing and that they should concentrate on their solo careers. They did so after releasing their "Best Of Blue" greatest hits compilation in 2004, which contained a few new tracks such as "Curtain Falls", "Get Down On It" and "Only Words I Know". The album went to #2 in Portugal with 2 platinum. Both of singles, "Curtain Falls" and "Get Down On It" went #1 in Portugal for more than a week, with the former also reaching #4 in the UK.

Blue had sold 7 million albums and 4 million singles and split up in 2005. All four members have since released solo singles.

Duncan released "" with in October 2004, reaching #2 in the and his solo album, "" was released in 2006 reaching #55 in the , selling 15,000 copies in Britain. Duncan has found more success in , where his album peaked at #2 and the singles have been Top 5 hits. He's currently starring in London's West End in the musical "Chicago" as Billy Flynn.

Antony had released a single, "", before going into acting and performing in "Blood Brothers" and in the new year had arranged to be touring with "Boogie Nights". Costa's debut album, "Heart Full of Soul" was released on in the UK and Ireland.

On Sun] reported that the boys were planning a reunion tour and album, possibly in time for the Christmas se yet to be confirmed. This was later to be reported untrue in 2008 again, 3 years after the first reunion rumor, from media giant ITN. [http://itn.co.uk/news/95cdc7da672202061def16fb5f4b93ef.html] Simon said on a recent red carpet interview that the reunion rumors were "getting boring" and dismissed the tabloids. [http://www.youtube.com/watch?v=YZznLUpMfKc]