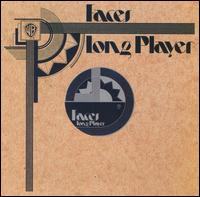 "Long Player", from 1971, was the second album by the British rock group Faces. The highlights are the live cover of 's "", the rave-up "Had Me a Real Good Time" and the opening "Bad 'n' Ruin".

A single version of "" appeared just ahead of the album, featuring a studio version of the song in lieu of the live version presented on the album proper.