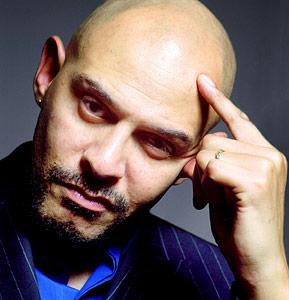 Barry Adamson (born ) is an English who has worked with rock bands such as Magazine, , , and . He has also worked on s for , and released numerous solo recordings.

Adamson left school and shifted into but quit shortly after, favouring to venture into the exploding scene of the late 1970s. He joined ex- singer 's band Magazine, playing , scoring one chart single, "Shot by Both Sides". He played on all of Magazine's s, and contributed to Devoto's solo album and his next band, . He also contributed to the studiobased band , playing on the ensemble's first two albums, "Visage" and "The Anvil".

After Magazine broke up, Adamson worked with another ex-Buzzcock, , before joining Nick Cave and the Bad Seeds. He appeared in four of that band's albums: "", "", "" and "". After his stint in the band, he released his first solo album, "Moss Side Story".

His solo work is influenced by John Barry, and . Later works have included , , soul, , and dub styles.

His "Refugee Song" was included in 's "The Last of England". Adamson contributed soundtrack material to "" and 's "".

Accoding to some fans, during his days in Magazine and Nick Cave And The Bad Seeds, he used a Rickenbacker JG, but it could be a 4001 or 4003 model.