An aerial tramway is a type of in which a cabin is suspended from a cable and is pulled by another cable.

An aerial tramway is often called a cable car or ropeway, and sometimes incorrectly referred to as a gondola lift (not to be confused with a gondola). Because of the proliferation of such systems in the Alpine regions of , the French and names of Téléphérique and Seilbahn are often also used in an context. "Cable car" is the usual term in British English, as in British English the word "tramway" generally refers to a railed street tramway. Note also that, in American English, "cable car" is most often associated with surface cable car systems, e.g. San Francisco's Cable Cars, so careful phrasing is necessary to prevent confusion.

An aerial tramway consists of one or two fixed cables (called "track cables"), one loop of cable (called a "haulage rope"), and two cabins. The fixed cables provide support for the cabins. The haulage rope, by means of a grip, is solidly connected to the truck (the wheel set that rolls on the track cables). The haulage rope is usually driven by an and being connected to the cabins, moves them up or down the mountain.

Aerial tramways differ from s in that the latter use several smaller cabins suspended from a "circulating" looped cable.

Two-car tramways use a "jig-back" system: A large is located at the bottom of the tramway so that it effectively pulls one cabin down, using that cabin's weight to help pull the other cabin up. A similar system of cables is used in a railway. The two passenger cabins, which carry from 4 to over 150 people, are situated at opposite ends of the loops of cable. Thus, while one is coming up, the other is going down the mountain, and they pass each other midway on the cable span.

Some aerial trams have only one cabin, which lends itself better for systems with small elevation changes along the cable run.

Many aerial tramways were built by Von Roll Ltd. of Switzerland, which has since been acquired by Austrian lift manufacturer . The German firm of built hundreds of freight and military tramways .

Some aerial tramways have their own propulsion, such as the or the near , .

The original version was called "telpherage".Smaller telpherage systems are sometimes used to transport objects such as tools or mail within a building or .

The telpherage concept was first publicised in 1883 and several experimental lines were constructed. It was not designed to compete with railways, but with horses and carts. [Lusted, A., 1985: The Electric Telpherage Railway. Glynde Archivist 2:16-28.]

The first commercial telpherage line was in , which is in Sussex, England. It was built to connect a newly-opened clay pit to the local railway station and opened in 1885. [Lusted, A., 1985: The Electric Telpherage Railway. Glynde Archivist 2:16-28.]

*Tallest support tower: 113.6 metres (373 feet) (Gletscherbahn Kaprun, Austria)
*Deepest: , Israel
*Highest: , Venezuela
*Longest ropeway: Norsjö aerial ropeway, Sweden
*As mass transit: The in was the first aerial tramway in used by commuters as a mode of (See ). Passengers pay with the same farecard used for the . The in was opened in January 2007 and became the second public transportation aerial tramway in North America. In , both the Metro and the recent aerial tramway addition can be used while paying a single fare.
* The in is the world's longest double reversible tramway.
* The in Juneau, , serves visitors arriving in Juneau on cruise ships with its base terminal on the cruise ship dock. At it is one of the lowest aerial tramway terminals.
* in has the world's largest rotating tramcars.

*August 15, 1960: between and the Monte Faito, near , .
*August 29, 1961: A military plane splits the hauling cable of a cabin railway on the in the massif: six people killed.
*1963: Cabin of the renovated PKB crashes at the valley station, one person killed, several injured.
*December 25, 1965: Power failure on the aerial ropeway at in central France causes abrupt cabin halt, cabin wall breaks. 17 people fall, seven killed.
*July 9, 1966: A cable breaks on a cabin railway at Aiguille du Midi in the Mont Blanc massif: three cabins fall, four people killed.
*December 6, 1970: Five people killed at , .
*July 13, 1972: 13 killed at the crash of a cab in Bettmeralp, .
*October 26, 1972: During a test at an aerial tramway at in France, two cabs collide, nine people killed.
*July 9, 1974: Hauling cable breaks on the aerial tramway at , . One cabin fell, four people killed.
*March 9, 1976: In the Italian Dolomites at , a cab falls after a rope break, killing 42. "(See )"
*March 26, 1976: Damage to the carrying rope leads to crash of multiple cabs of the aerial tramway at , USA. Four people killed, five injured.
*April 15, 1978: In a storm, two carrying ropes of the in California fall from the aerial tramway support tower. One of the ropes partly destroys the cabin. four killed, 32 injured.
*February 13, 1983: Two cabs collide in , near (Italy), 11 dead.
*January 13, 1989: Eight people killed during a test of the French aerial tramway "Vaujany" in the Alpe D'Huez area.
*June 1, 1990: 15 people killed after a rope break in , Georgia.
*1995: Operator error causes the cabin of near , Austria, to crash. No casualties or injuries.
*February 3, 1998: U.S. military aircraft severs the cable of an aerial ropeway in Cavalese, Italy, killing 20 people. "(See )"
*July 1, 1999: 20 people killed at the crash of an aerial tramway at the Bure observatory in the French alps.
*July 6, 2000: Entering the middle station of bahn, a cabin fails to brake. 23 people injured.
*October 19, 2003: Four were killed and 11 injured when three cars slipped off the cable of the .
*October 9, 2004: Crash of a cabin of the aerial tramway in , Austria. Many hurt.
*November 14, 2004: Empty cabin of tramway in , Austria, falls after becoming entangled with rope. No casualties, 113 people rescued from other cabins
*
*April 18, 2006: New York's experiences a power failure, leaving 69 passengers in two trams stranded over the for approximately seven hours, just eight months after a similar incident in which trams were stranded for 90 minutes. No injuries or fatalities occurred in either incident.
*October 31, 2007: The Flaine lift Les Grands Platieres or DMC broke down for six hours and was evacuated.

car descends towards the rising district in Portland, . 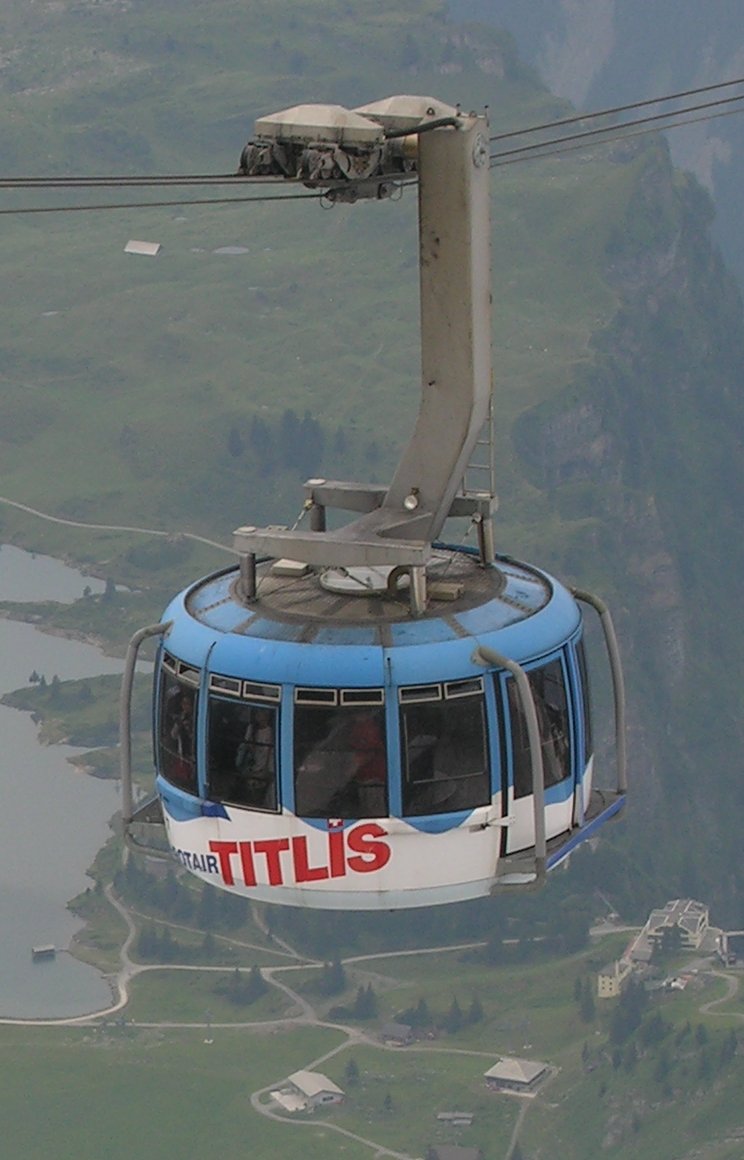 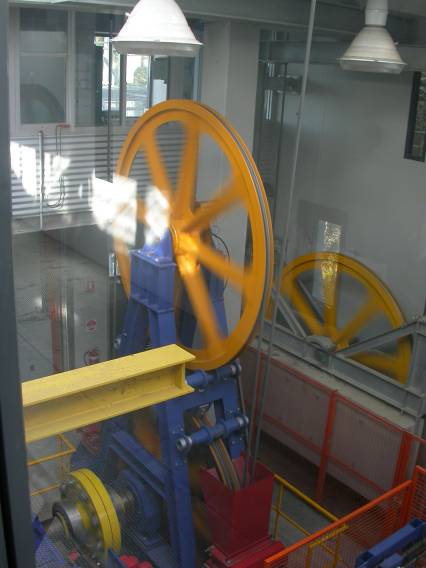 Uphill_mechanical_room_of_the_Katoomba Scenic Skyway in the Blue Mountains of . 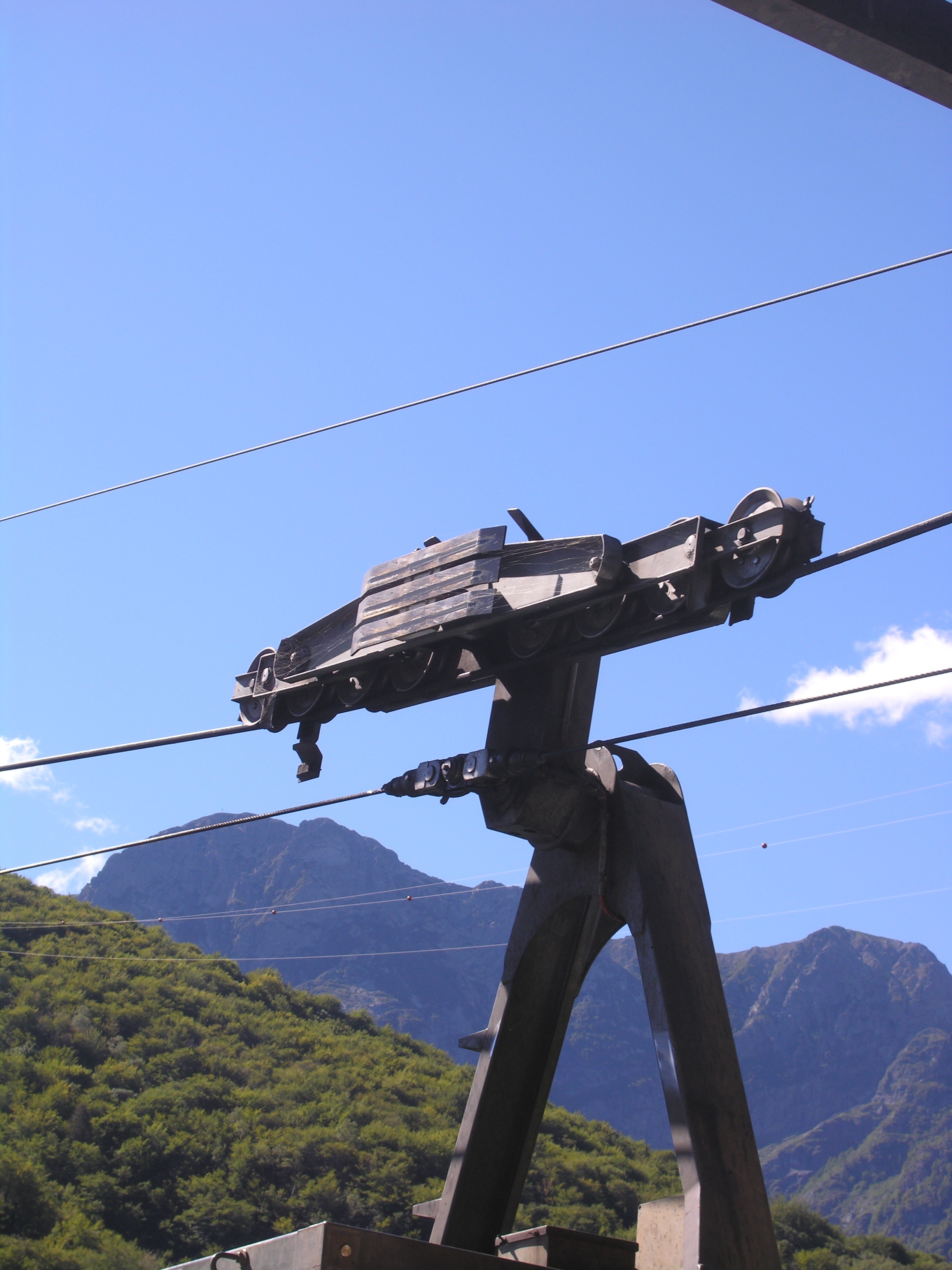 cable car, the highest in Europe. 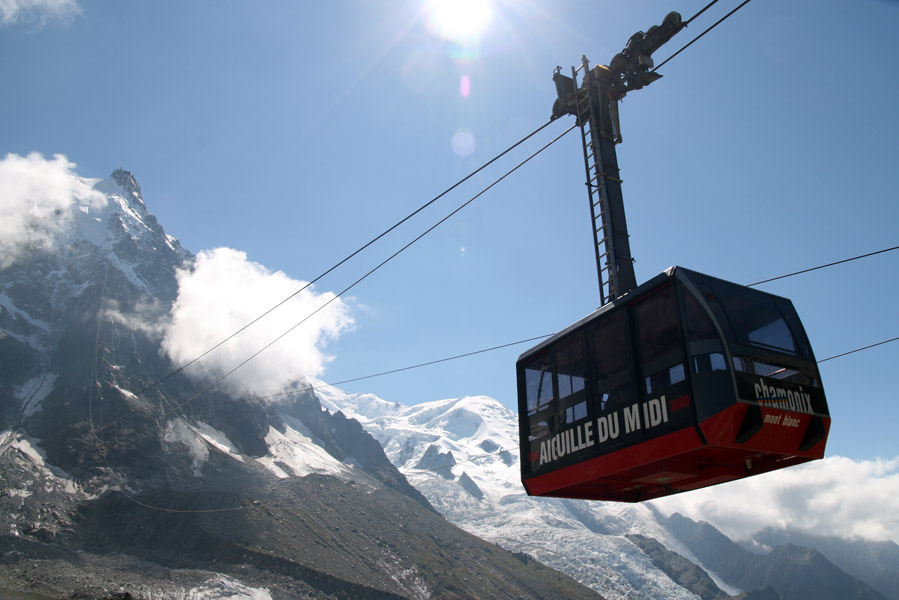