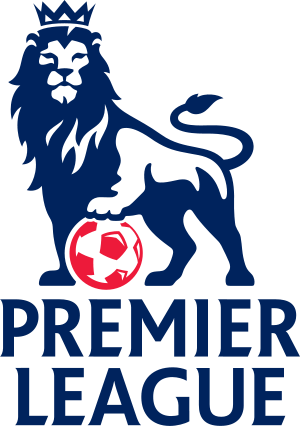 champions = Manchester United
most successful club = Manchester United (10 titles)
season = 2007–08
website = http://www.premierleague.com
current = The Premier League, colloquially referred to as the Premiership, is an English professional league for football clubs. At the top of the , it is the country's primary football competition. It is contested by 20 clubs, operating a system of with . The Premier League is a in which the 20 member clubs act as s. Seasons run from August to May, with teams playing 38 games each. It is sponsored by , and is therefore officially known as the Barclays Premier League.

The competition formed as the FA Premier League on 20 February 1992 following the decision of clubs in the to break away from , which was originally founded in 1888, and take advantage of a lucrative television rights deal. The Premier League has since become the world's most watched sporting league. [cite news | author = Campbell, Dennis | url = http://observer.guardian.co.uk/osm/story/0,6903,626773,00.html | title = United (versus Liverpool) Nations | publisher = The Observer | date = | accessdate = 2006-08-08 ] It is the world's most lucrative football league, with combined club revenues of around £1.4 billion in 2005–06, which are expected to rise to around £1.8 billion for 2007–08 due to media revenues.

Despite significant European success during the 1970s, the 1980s had marked a low point for English football. Stadiums were crumbling, supporters endured poor facilities, hooliganism was rife, and English clubs were banned from European competition following the events at Heysel in 1985. [cite news | url = http://news.bbc.co.uk/onthisday/hi/dates/stories/may/31/newsid_2481000/2481723.stm | title = 1985: English teams banned after Heysel | publisher = BBC Archive | accessdate = 2006-08-08] The Football League First Division, which had been the top level of English football since 1888, was well behind leagues such as Italy's and Spain's in attendances and revenues, and several top English players had moved abroad.

Players in the Premier League can compete for the informal competitions of Goal of the Month and . Other titles players compete for include the top-scorer for a season. Former Blackburn Rovers and Newcastle United holds the record for most Premier League goals with 260. Shearer finished among the top ten goal scorers in 10 out of his 14 seasons in the Premier League and won the top scorer title three times. During the 1995–96 season he became the first player to score 100 Premier League goals. [cite web |url=http://www.bbc.co.uk/lancashire/sport/brfc/shearer.shtml |title=Super Shearer |publisher=BBC |author=Becky Gamester |accessdate=2007-12-10]

Since the first Premier League season in 1992–93, 13 different players have won or shared the top scorers title. won his third consecutive and fourth overall scoring title by scoring 27 goals in the 2005–06 season. This surpassed Shearer's mark of three titles which he won consecutively from 1994–95 through 1996–97. Other multiple winners include and who have won two titles each. and Alan Shearer hold the record for most goals in a season (34) - for Newcastle United and Blackburn Rovers respectively. Cole's record came in the 1993–94 season, while Shearer's came in 1994–95, both of which were 42-game seasons. [cite web |url=http://www.4thegame.com/features/feature/145997/ |title=Barclaycard Premiership top scorers |publisher=4thegame |date=2004-01-20 |accessdate=2007-12-16] Shearer's mark of 31 goals from a 38-game season in 1995–96 was equalled in the 2007–08 season by , a mark which surpassed the record of most goals by a midfielder in a season. [cite news |url=http://www.sportinglife.com/fanzine/story_get.dor?STORY_NAME=soccer/08/05/11/SOCCER_Premier_League_Comment.html |title=Fergie deserves his victory dance |date= |accessdate=2008-05-11 |publisher=Sporting Life]

Manchester United became the first team to have scored 1,000 goals in this league after scored, in a 4–1 defeat by Middlesbrough, in the 2005–06 season, having been the first team to have conceded a Premier League goal following the League's inception. Arsenal are the only other team to have reached the 1,000 goal mark. The highest-scoring match to date in the Premier League occurred on 29 September 2007 when Portsmouth defeated Reading 7–4. [cite web |url=http://news.bbc.co.uk/sport1/hi/football/eng_prem/7008200.stm |title=Portsmouth 7–4 Reading |date= |accessdate=2007-09-30 |publisher=BBC]

The National Division of the is the Premier League's female counterpart. Most of its clubs are affiliated with Premier League and Football League sides; however, teams are semi-professional; no professional teams have existed since Fulham returned to semi-pro status in 2003. [cite news | url=http://findarticles.com/p/articles/mi_qn4158/is_20030506/ai_n12684111 | work=Independent | title=Fulham sign off professional era in style | date= | accessdate=2007-11-22] The league comprises 12 clubs, operating a system of promotion and relegation with the Northern Division and Southern Division. The champions of each are promoted to the National Division, and the bottom two National Division clubs are relegated.

Since forming in 1993 the Women's Premier League has been dominated by Arsenal, who have won nine of the fifteen league titles. [cite web | url=http://www.arsenal.com/article.asp?thisNav=Ladies&article=344199&Title=Ladies+Honours | title=Arsenal Ladies Honours | work=Arsenal.com | accessdate=2007-05-21] The women's game has a much lower profile than that of the Premier League, with Women's Premier League teams typically playing matches at grounds owned by non-league men's clubs.