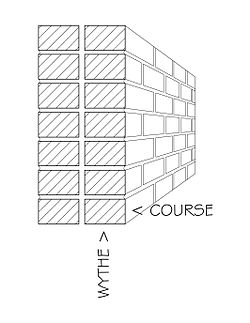 A course is a continuous horizontal layer of similarly-sized building material one unit high, usually in a wall. The term is almost always used in conjunction with unit masonry such as brick, cut stone, or concrete masonry units ("concrete block"). 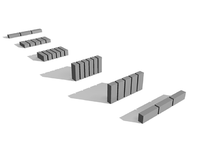 Stretcher - The typical course style, masonry units are laid with their face parallel to the wall and the long dimension outwards.

A string course or band course is a thin projecting course of brickwork or stone that runs horizontally around a building, typically to emphasize the junction between floors, or just below the eaves.