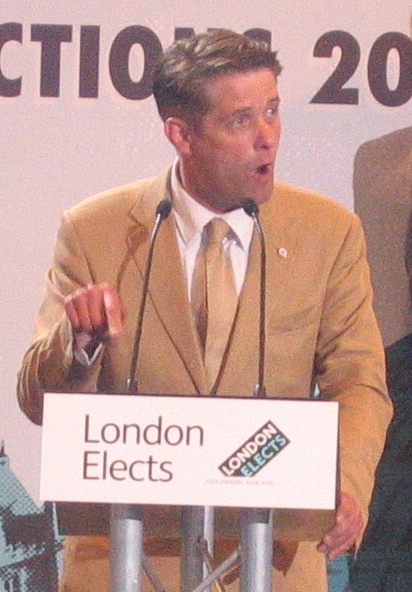 Barnbrook attended the Royal Academy of Arts and finished his studies in 1985. He worked as an artist and teacher.

Previously an activist for the Labour PartyFact|date=August 2008, Barnbrook was a BNP candidate in the . He received 16.9% votes in Barking coming third and only 27 votes behind the Conservative candidate, Keith Prince. The constituency was won by .

In the separate London-wide Assembly election he was the top candidate in the BNP's London-wide Assembly Member List. The BNP List received 130 714 votes or 5.33% of the total valid votes cast. The BNP therefore passed the 5% threshold and won one seat in the London Assembly which was filled by Barnbrook. [ [http://news.bbc.co.uk/1/hi/uk_politics/7381633.stm 'The anti-immigration British National Party has won a seat on the London Assembly after getting 5.3% of votes'] ] [ [http://www.guardian.co.uk/politics/2008/may/03/london08.boris1 'Johnson snatches Tories biggest prize'] ]

Barnbrook is fiancé of retired ballerina Simone Clarke. [Matthew Taylor [http://arts.guardian.co.uk/theatre/news/story/0,,2230136,00.html "BNP ballerina to marry party councillor"] , "The Guardian", Dec 20, 2007] . In statements made before he met Clarke, however, Barnbrook was quoted as saying, apropos her relationship with , "I'm not opposed to mixed marriages but their children are washing out the identity of this country's indigenous people." Simone Clarke and fellow dancer Yat-Sen Chang have a daughter, Olivia. He has since said that should he and Clarke get married, "her child will be my child."