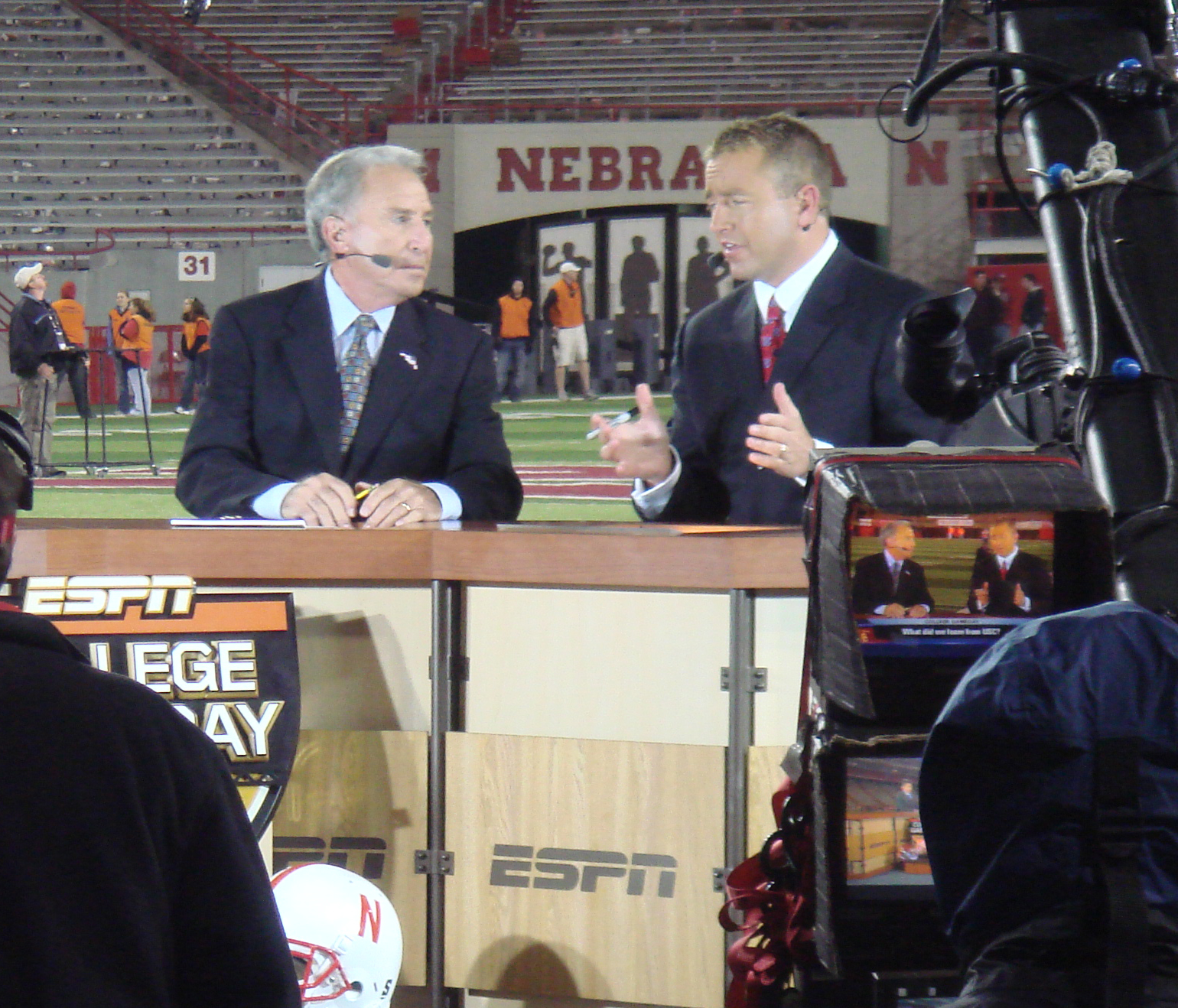 
Leland "Lee" Corso (born 1936) is a sports broadcaster and analyst for ESPN. He has been featured on 's "College GameDay" program since its inception and appears annually as a commentator in ' "NCAA Football". In the off season, Corso serves as Director of Business Development for , a Florida based pencil manufacturing company.

Corso was born in Lake Mary, , and attended Miami Jackson Senior High where he played quarterback. He played college football at Florida State University, where he was a roommate of football player and actor and former University of Miami Baseball Coach Ron Fraser. He was also a member of the fraternity. Corso was the starting quarterback for the South in the 1956 Blue-Gray Game, though his squad lost to the -led North team, 14-0. Lee also was an important baseball player for FSU.

Upon graduating from Florida State in 1959 with a degree in , Corso became the quarterbacks coach at the University of Maryland under his former FSU coach . In 1969, he was given the head coaching position at the . After taking Louisville to only its second-ever bowl game in 1972, he was hired by Indiana University.

In 1987, Lee was hired by ESPN as an analyst for the "College GameDay" program. He often plays the role of to co-hosts and as they cover the major college football games from August until January. Corso's , "Not so fast, my friend!", with pencil always in hand, is usually directed at Kirk Herbstreit, in disagreement with Herbstreit's predictions. Corso is also known for ending every weekly show with his "Mascot Head Prediction," when he chooses who he thinks will win the game at "GameDay"'s site by donning the headpiece of the school's mascot.

Corso makes a brief cameo in a 2006 Nike commercial featuring the fictional Briscoe High School football team, portrayed by football icons such as , , , , by coaches , , and , and by fellow FSU great . Corso takes his hawk mascot head off while the game's deciding play unfolds in .

Corso also appears annually in "NCAA Football" titles along with Herbstreit and play-by-play man . The 2006 edition of the game begins with Corso making his mascot head prediction.

In 2001, Corso spearheaded an effort to create a completely out of .