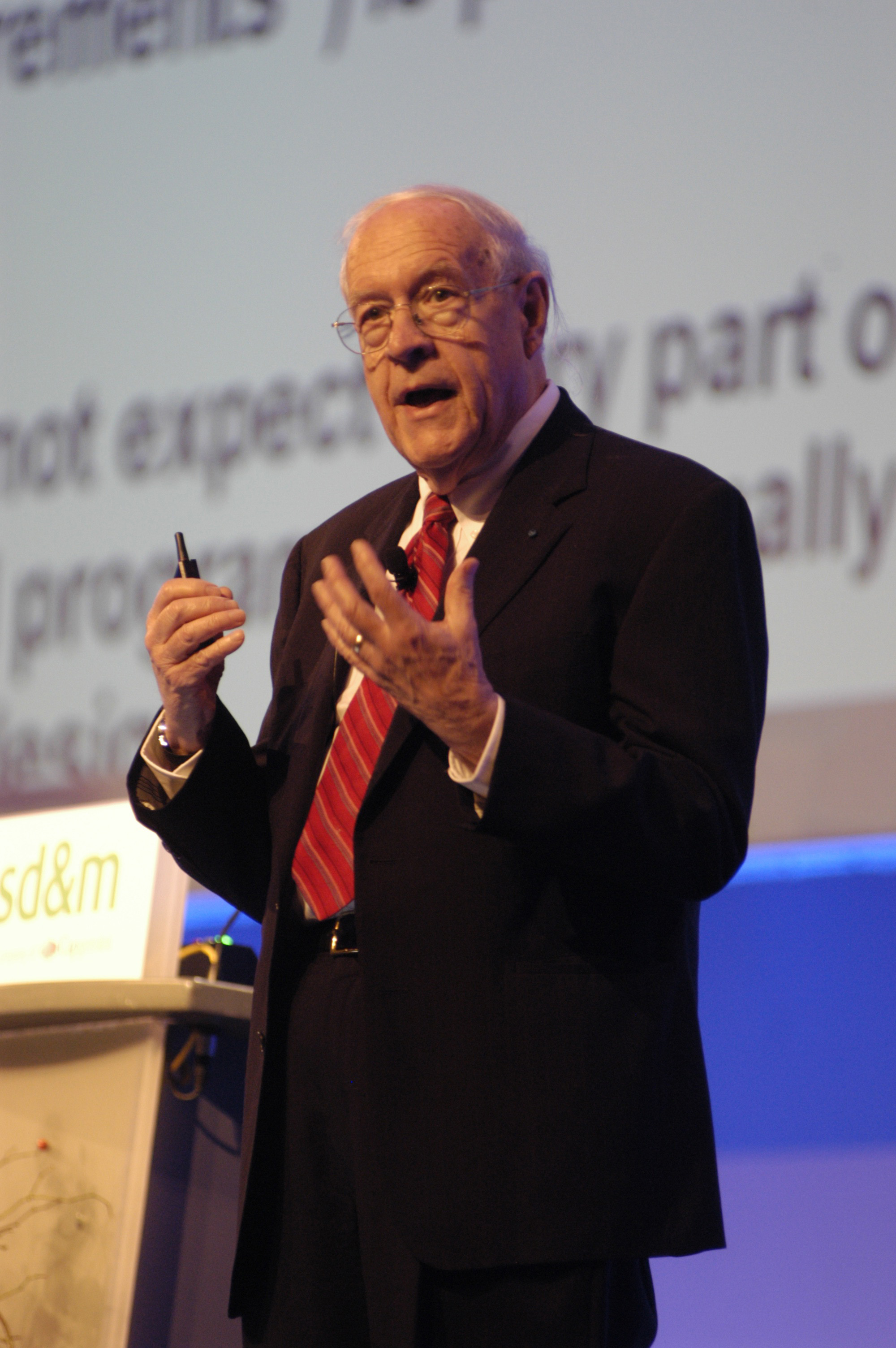 Frederick Phillips Brooks, Jr. (born , ) is a and , best-known for managing the development of , then later writing candidly about the process in his seminal book "". "It is a very humbling experience to make a multi-million-dollar mistake, but it is also very memorable." Brooks received a in 1999 and many other awards.

Born in , he attended , graduating in 1953, and he received a Ph.D. in Applied Mathematics (Computer Science) from in 1956. was his advisor.

Brooks joined in 1956, working in Endicott and . He worked on the architecture of the Stretch (a $10m scientific supercomputer for the ) and Harvest computers and then was manager for the development of the family of computers and the software they ran.

In 1965, Brooks left IBM to found the Department of Computer Science at the and chaired it for 20 years. he was still engaged in active research there, primarily in virtual worlds and .

In the mid 1980's, Brooks gave a talk at De Anza College, near the headquarters of Apple Computer. Apple executive had ordered a copy of "The Mythical Man-Month" for every Apple engineer, technical writer, and other product-development employee. The lecture hall was filled with Apple employees, most holding well-thumbed copies of the book. After the lecture, Brooks had a number of interesting conversations with Apple employees, many of whom had learned the book's lessons the hard way.

In January 2005 he gave the IEE/BCS annual Turing Lecture in on the subject of "Collaboration and Telecollaboration in Design". In 1994 he was inducted as a Fellow of the .

He is also an evangelical Christian who is active with and the .

He has served on a number of U.S. national boards and committees.

In chronological order, from

* Order of the Golden Fleece, University of North Carolina at Chapel Hill