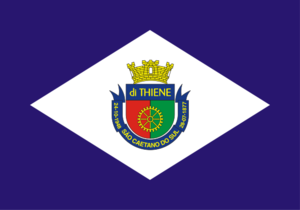 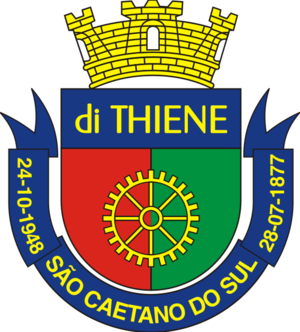 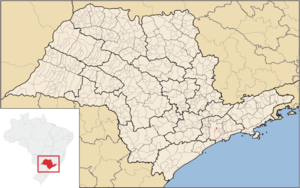 São Caetano do Sul is located on a that is part of the (Portuguese for "Sea Range"), part of the vast region known as the , with an average elevation of around 800 metres (2,625 ft) above sea level - though at a distance of only about km to mi|70 from the Atlantic Ocean.

According the São Caetano do Sul has a .

The Best Standard of Living in Brazil

São Caetano do Sul boasts the highest social indicators anywhere in the country (even if using indexes such as those that compute the HDI formula). Illiteracy rates are very low and most people enjoy a safe city with well-maintained infrastructure. The only shanty town () near São Caetano is a portion of the southeastern corner of Heliopolis (São Paulo's largest slum) next to the large oil distribution and storage facility in nearby . Such border areas between São Caetano and adjacent cities and are prone to flooding which happens frequently especially in the more impoverished areas bordering the city of São Paulo, where the Meninos creek (a of the heavily polluted Tamanduateí river) is often littered with construction debris and garbage, exacerbating the flooding effect in the rainy season (Oct-Feb).

The city is served by a comprehensive network of bus routes that also connects São Caetano to its neighbouring towns. There is also one commuter train line (operated by ) that connects the city to São Paulo and its neighbours to the south, Santo André and Mauá.

Immigrants from many nationalities have settled in São Caetano but the most significant groups are comprised of Italians, , Portuguese, and Japanese. In the 1950s, nationals from rural Northeastern Brazil started arriving as the region experienced a rapid industrialization boom.