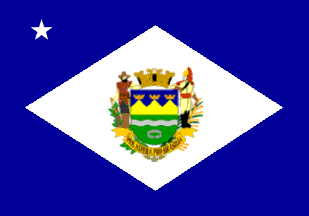 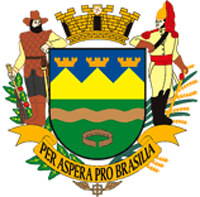 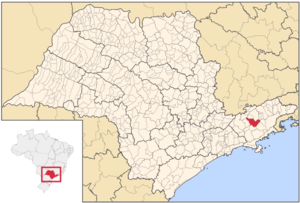 Taubaté is a city in the State of , in southeastern . Its strategic geographical location, between the two most important Brazilian cities ( (123 km) and ) (280 km), and between high, cold mountains and the has helped the development of the city. The city has over 250,000 inhabitants and has become an industrial center, seating branches of several companies, including , Ford, , among many others.

Taubaté was part of the ancient Tupinamba Territory, along the Paraiba do Sul River. The Tupinamba Territory in the 16th Century, stretched from the Juqueriquerê River on the shores of Caraguatatuba to the Cape of Saint Thomas (Cabo de São Tomé) in the State of Rio de Janeiro. The first village was created in being proclaimed as an autonomous locality on , , by a pioneer named . It was the first location in the region to obtain autonomy. The locality got its current city status in . By that time, it was one of the most important coffee production centers in the country. In 1908, the city was made the seat of the .

Taubaté is also a university city, which attracts young people from all over the country who come to study in one of its many colleges, such as , Law, , Engineering, Business Management, at the .

, the most important Portuguese-language writer of books for children was born in Taubaté. His books have been translated into many other languages. Another very important man in Taubatean and Brazilian history was Amacio Mazzaropi who was one of the pioneers on the movie industry, creating many classics that show a rural Brazil in the first half of the 20th Century.

is a club based in the city.

Taubaté has been ranked by the UNDP () the 21st out of 645 cities in the State in terms of quality of life (safety, schooling, medical and dental care, transportation facilities, low pollution levels, piped sewage and piped water reaching all houses, etc.).