The Northwoods League is a collegiate summer baseball league comprising teams of the top college players from North America and beyond. All players in the league must have NCAA eligibility remaining in order to participate. Players are not paid so as to maintain their college eligibility.

Teams are run similar to a professional minor league team, providing players an opportunity to play under the same conditions using wooden bats and minor league specification baseballs. Teams play 70 games scheduled over a 76-day season running from early June to mid-August. The season itself is broken into two halves, with the winners of each half in each of the two divisions meeting first in a playoff to determine a divisional champion; the divisional champions then meet in a playoff for the league championship.

The Northwoods League has more teams, draws more fans and plays more games than any other Summer Collegiate Baseball League.[1] Many of the teams in the league play in ballparks formerly occupied by professional clubs from the Midwest League, Prairie League and the Northern League. The wooden bat circuit allows communities deemed too small for pro ball to continue to enjoy high quality, competitive baseball during the summer months. The League has had 277 of its alumni taken in the last two Major League Baseball Amateur Drafts including three first round selections in 2009 and the fourth selection overall.

The teams are located in the Northwoods region of the Upper Midwestern United States and Southern Canada, mostly in the U.S. states of Minnesota (with 7 teams) and Wisconsin (with 7 teams), also with one team each in Iowa, Michigan and Ontario.

(note that Lakeshore is an expansion team for the 2012 season) 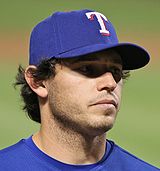 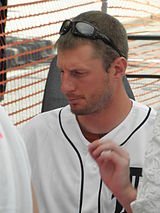 The Northwoods League, in addition to being a developmental league for players and coaches, is also a developmental league for umpires. The concentrated game schedule, travel, and Minor League-like game conditions give NWL umpires a pre-professional experience. Since the League's inaugural season in 1994, 44 of its former umpires have furthered their careers in affiliated professional baseball.

The League recruits its umpires from the two umpire schools whose curricula have been approved by the Professional Baseball Umpire Corps. (PBUC): Jim Evans' Academy of Professional Baseball Umpiring and Harry Wendelstedt School for Umpires. The umpires ultimately chosen are usually among the top school graduates who were then selected to the pre-season, PBUC sponsored Umpire Evaluation Course.

The NWL employs seven two-man crews during the regular season, a six-man crew during the mid-season All-Star game, and six umpires for both the divisional playoffs and championship series. Umpires are salaried and are provided hotel accommodations, meals and travel.