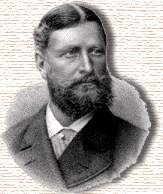 Louis Palander was born in Karlskrona in October 1842. His father "Axel Fredrik Palander" was a (lower half) in the , and the director of the Royal Navy shipyard in . His mother was "Emelie Jacquette Constance du Rées". Louis Palander became a naval already at the early age of 14. In 1864 he graduated from the Navy Academy in as a and participated in expeditions to the , and on the "Gefle", as well as in a trip to the . After several other appointments at sea, Louis Palander participated in s expedition to in 1868, on board the steamer "Sofia" (the ships captain was ""). He married Anna Katarina Grischotti the same year.

Thereafter, Palander served on the ship "Vanadis" on an expedition to the in 1869-1870. He was subsequently promoted to and was the ships captain on the postal steamer "Polhem", first during the winter of 1870-1871 between and main land , and then during 1871-1872 to secure the postal route across the in severe winter conditions. He was also the ships captain on the steamer "Polhem" during Nordenskiölds winter expedition to the Spitsbergen islands in 1872-1873, where he displayed exceptional courage and skill and significantly contributed to the scientific work. From the base camp at Mosselbay, Palander and nine other men accompanied Nordenskiöld on the unsuccessful attempt to reach the in May-June 1873. Upon return to Sweden, Palanders request for an from the navy was granted, and he took employment first as a captain on en route to , and later as a captain for a steamer line based in .

In 1877 Palander returned to the Royal Navy and offered to become the captain on the expedition to navigate the . For this purpose, Palander secured the whaling ship "Vega", and selected the and officers. The ship sailed from on June 22, 1878, and arrived in () on July 17th where Nordenskiöld boarded the ship. The expedition, which was carried out during 1878-1879, was ultimately successful, and shortly before the end of the voyage, he was promoted to the full rank of . Upon return to Sweden, he was made a nobility by the Swedish king Oscar II under the name of "Palander af Vega", and parliament awarded him an annual of 4 000 Swedish crowns yearly. Palander was an accomplished and brought home approximately 60 photographic plates depicting the journey and people encountered during the trip.

On 2 August 1905 he resigned his post as cabinet minister together with the rest of the government (as a consequence of the political arising from the dissolution of the union between Norway and Sweden) and resumed his post in the Swedish Royal Navy.