Mental prayer is a form of prayer recommended in the Catholic Church whereby one loves God through dialogue, meditating on God's words, and contemplation of his face. It is a time of silence focused on God. It is distinguished from vocal prayers which use set prayers, although mental prayer can proceed by using vocal prayers in order to improve dialogue with God.[1]

One of the foremost writers on mental prayer, St. Teresa of Avila, stated: "Mental prayer [oración mental] is nothing else than a close sharing between friends; it means taking time frequently to be alone with him who we know loves us."[1] Since the emphasis is on love rather than thought, modern authors recommend that it be called interior prayer.

According to the Catechism of the Catholic Church, meditation and contemplative prayer which takes place in mental prayer are "major expressions of the life of prayer" in the Christian tradition. The practice of mental prayer is necessary for reaching the goal of Christian perfection, said Blessed Mother Teresa. "Holiness is impossible without it." All saints, according to St. Alphonsus Liguori, Doctor of Church on Moral theology, have become saints by mental prayer. Thus, spiritual theologian Adolphe Tanquerey concluded that mental prayer is "the most effective means of assuring one's salvation."

Tanquerey distinguishes between vocal prayer, which is expressed by words or gestures, and mental prayer, "which takes place wholly within the soul". Thus Francis Luna states that vocal prayer uses set formulas while mental prayer is "prayer that issues from ourselves".

Mental prayer was defined by Fr. John Hardon as a "form of prayer in which the sentiments expressed are one's own and not those of another person. Mental prayer is accomplished by internal acts of the mind and affections and is either simple meditation or contemplation."

Mental prayer has always been practised in one way or another, according to Tanquerey. He refers to the meditations shown by the Psalms and to the example of Jesus Christ who talked about worshiping in spirit and in truth, who spent whole nights in prayer and who prayed his long personal prayers in Gethsemane and in Calvary. Benedict XVI wrote that as Son, Jesus was always in communication with the Father.

John Cassian (5th century) and John Climacus (6th century) discussed the ways of mental prayer. Among the Fathers of the Church who have recommended mental prayer are St. Augustine of Hippo, St. John Chrysostom, St. Jerome and St. Basil. Boethius praised it and St. Bernard of Clairvaux argued for it.

Early in the sixteenth century the Dominican chapter of Milan prescribed mental prayer for half an hour morning and evening. Among the Franciscans there is record of methodical mental prayer about the middle of that century. Among the Carmelites there was no regulation for it until Saint Teresa of Avila introduced it for two hours daily. Although Saint Ignatius of Loyola reduced meditation to such a definite method in his spiritual exercises, it was not made part of his rule until thirty years after the formation of the Society of Jesus. His method and that of St. Sulpice have helped to spread the habit of meditating beyond the cloister among the faithful everywhere.

Modern authors recommend that this prayer be called "interior prayer". Jacques Philippe said: "It would be better to say interior prayer instead of mental prayer, because in our modern culture, the word "mental" is associated with thoughts—as something cerebral—whereas this form of prayer is more an affair of the heart, instead of reflection. St. Teresa of Avila said that it is not an act of thinking much, but of loving much." 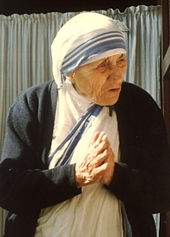 Blessed Mother Teresa said that, "We must never forget that we are bound to perfection and should aim ceaselessly for it. The practice of mental prayer is necessary to reach that goal. Because it is the breath of life for our soul, holiness is impossible without it. It is only in mental prayer and spiritual reading that we cultivate the gift of prayer. Mental prayer is greatly fostered by simplicity-- that is forgetfulness of self and of the body and of the sense, and by frequent aspirations that feed our prayer." (No greater love)

"He who neglects mental prayer," affirms Saint Teresa of Avila, "needs no devil to carry him to hell. He brings himself there with his own hands." Her fellow Carmelite, Saint John of the Cross, also said, "Without the aid of mental prayer, the soul cannot triumph over the forces of the demon."

In his work, Necessity and Power of Prayer, The Great Means of Salvation and Perfection, St. Alphonsus Ligouri explained the effectiveness of mental prayer:

This is the chief fruit of mental prayer, to ask God for the graces which we need for perseverance and for eternal salvation; and chiefly for this reason it is that mental prayer is morally necessary for the soul, to enable it to preserve itself in the grace of God.

For if a person does not remember in the time of meditation to ask for the help necessary for perseverance, he will not do so at any other time; for without meditation he will not think of asking for it, and will not even think of the necessity for asking it.

On the other hand, he who makes his meditation every day will easily see the needs of his soul, its dangers, and the necessity of his prayer; and so he, will pray, and will obtain the graces which will enable him to persevere and save his soul.

Benedict XVI told priests that prayer and meditation, "spending time in God's presence in prayer is a real pastoral priority; it is not an addition to pastoral work: being before the Lord is a pastoral priority and in the final analysis, the most important. [1] In the Foreword of his book, Jesus of Nazareth, Benedict XVI emphasized that "everything depends" on "intimate friendship with Jesus."

John Paul II in his program for the new millennium said that "We have to learn to pray: as it were learning this art ever anew from the lips of the Divine Master himself, like the first disciples: 'Lord, teach us to pray!" (Lk 11:1). This reciprocity is the very substance and soul of the Christian life."

Since sanctity is for everyone, according to Catholic doctrine, anyone can learn mental prayer, whether young or old. St. Therese of the Lisieux learned mental prayer when she was eleven years old.[2] "Mental prayer is not just for priests and nuns, but is for everyone. The youngest of children are capable of reaching great heights through mental prayer," is the teaching of the Franciscan Friar Minors.

Relationship with a person

The principle of divine action

"Loving in the first place is allowing oneself to be loved," said Philippe. Benedict XVI stressed in Deus caritas est: "Anyone who wishes to give love must also receive love as a gift...One can become a source from which rivers of living water flow. Yet to become such a source, one must constantly drink anew from the original source, which is Jesus Christ, from whose pierced heart flows the love of God." (Italics added)

Benedict XVI emphasized that this is "the heart of the Gospel, the central nucleus of Christianity": "In this is love, not that we loved God but that he loved us." (1 Jn 4:10; italics added). We have come to believe in God's love is, he says, the fundamental decision of a Christian's life.

Joseph Ratzinger emphasized that sanctity is "nothing other than to speak with God as a friend speaks with a friend, allowing God to work, the Only One who can really make the world both good and happy."

"Fundamentally, prayer is to place oneself in God's presence and to allow him to love us," says Philippe. And with this, the basic attitude of a Christian is humility coming from a knowledge of his own powerlessness and sinfulness in comparison to the grandeur of God. Thus Jesus criticized the self-praise of the Pharisees which showed them as people who "trusted themselves that they were righteous," while he praised the tax-collector's petition for mercy, because "he who humbles himself will be exalted."

St. Teresa of Avila said that "to love is to give everything and to give one's self. If my daily prayers steadily revolve around and return to one idea, which is that or rousing my heart into giving myself totally to the Lord, to keep on serving him, then such prayer would be poorer yet better!"

St. Francis of Sales said: "Begin all prayer, whether mental or vocal, by an act of the Presence of God. If you observe this rule strictly, you will soon see how useful it is." He says that God is everywhere and is in our hearts and souls. Thus, "a blind man when in the presence of his prince will preserve a reverential attitude if told that the king is there, although unable to see him."

There are some formulas which can help start and end mental prayer:

Preparatory Prayer: My Lord and my God, I firmly believe that you are here, that you see me, that you hear me. I adore you with profound reverence, I ask your pardon for my sins, and the grace to make this time of prayer fruitful. My immaculate Mother, Saint Joseph my father and lord, my guardian angel, intercede for me.

Closing prayer: I thank you, my God, for the good resolutions, affections and inspirations that you have communicated to me in this meditation. I ask your help to put them into effect. My immaculate Mother, Saint Joseph my father and lord, my guardian angel, intercede for me.