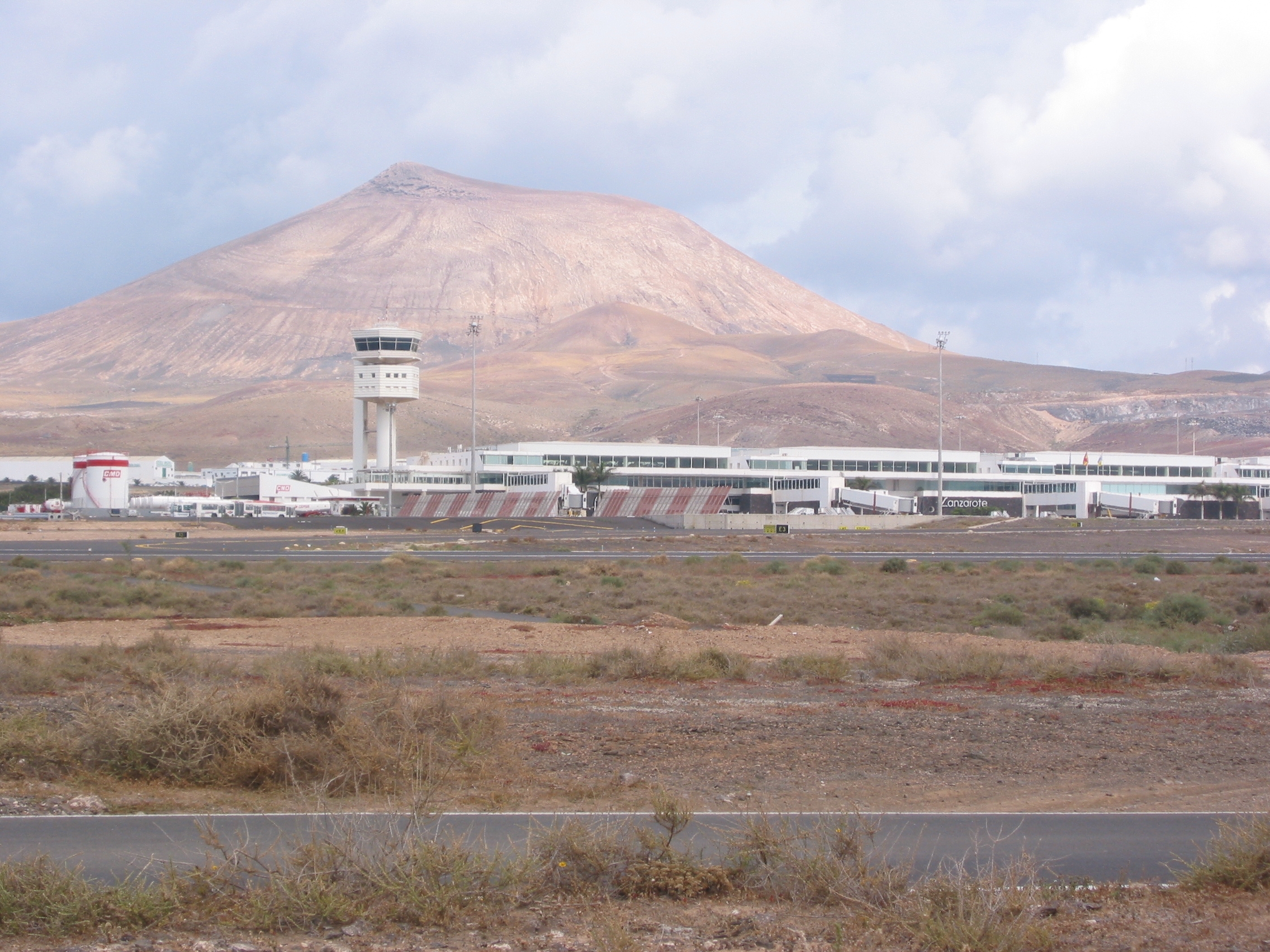 Lanzarote Airport Airport codes|ACE|GCRR is an serving the Canary Isle of . The location is near . It serves many European airports, bringing in hundreds of thousands of tourists each year to the island. The airport also receives many internal flights from other Spanish Airports.

In the 1930s a need for an aerodrome on the island became evident when connections were required with the other islands and the mainland, and as well as a refuelling point for aircraft. Subsequently an airfield was built at Llanos de Gaucimeta. The first aircraft to land at the airport was a Junkers JU52 EC-DAM on the 24 July 1941. Following this the Spanish Air Force saw a need for a permanent aerodrome for the interests of defence. This was constructed in Arrecife. In 1946 the airport provisionally accepted civil traffic. Improvements were carried out to the existing facilities, with a runway extension and additional ramp space provided. A new passenger terminal was constructed along with a control centre and on 3 March 1970 International and Domestic flights began using the airport. An extremely important centrepiece of the Gaucimeta terminal was the mural created by Caesar Manrique entitled ‘Lanzarote’. The growing use of the airport called for the need of improved facilities. DME, ILS and VOR facilities were installed for Runway 03/21 along with additional holding points. New Runway lighting and a fire station were also commissioned. In 1999 the existing passenger terminal opened with a capacity of 6 million passengers per annum. Since then the original Arrecife passenger terminal has been revamped and is now used as an inter island terminal by Binter Canarias.

In 2002, in response to interest of both tourists and locals about the islands aviation heritage, Aena decided to use the Guacimeta passenger terminal as an aviation museum. The museum provides a very comprehensive and detailed insight into the history of aviation on the Island. There are a number of audio visual presentations. It is open from 10am to 2pm daily except Monday when it is closed. A tour is available if there is sufficient interest.