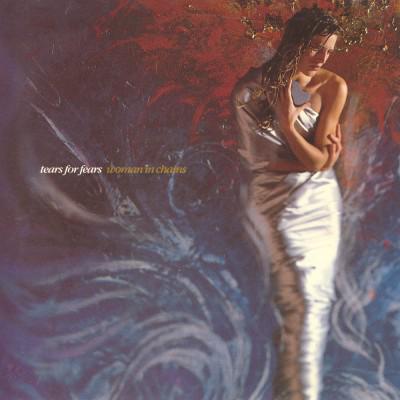 "Woman in Chains" is a song by the British band , released as the second single from their album "". Though not as successful as their previous single, "", it reached the in the , , , and and was a Top 20 hit in and in the . The studio cut features on drums, and is also notable for guest vocals from female singer who would later go on to achieve a successful solo career.

The song was re-released in (with a different B-side) and now credited to "Tears for Fears featuring Oleta Adams" in order to promote the Tears for Fears Greatest Hits compilation "Tears Roll Down", this time reaching #57 in the UK.

"Woman in Chains" was recorded as a duet and Orzabal explained the impetus for the lyric to "Melody Maker": "I was reading some feminist literature at the time and I discovered that there are societies in the world still in existence today that are non-patriarchal. They don't have the man at the top and the women at the bottom. They're matricentric - they have the woman at the centre and these societies are a lot less violent, a lot less greedy and there's generally less animosity... but the song is also about how men traditionally play down the feminine side of their characters and how both men and women suffer for it.... I think men in a patriarchal society are sold down the river a bit - okay, maybe we're told that we're in control but there are also a hell of a lot of things that we miss out on, which women are allowed to be".

The song was later sampled in the single 'So Free' featuring .

The video, directed by , is filmed in black and white and focuses on the abusive relationship between a man (a boxer) and a woman (a pole-dancer) and is interspersed with shots of the band and guest vocalist performing the song.