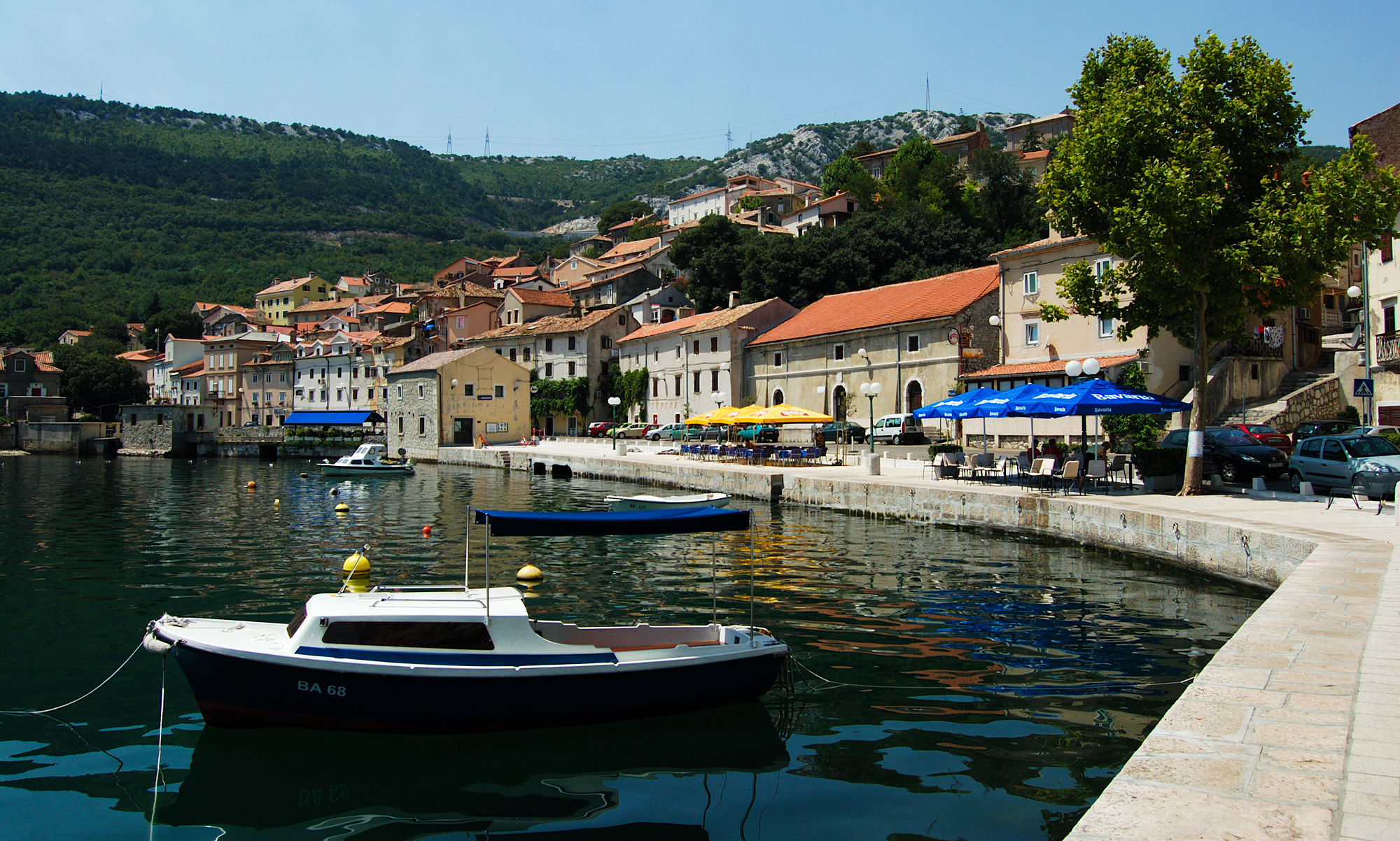 Bakar ( _it. Buccari) is a town in the in western . The population of the town is 1,566 (2001), while the population of the municipality is 7,773. 90% declare themselves (2001). The old part of Bakar is situated on a hill overlooking the . "Bakar" is the Croatian word for .Bakar is a port for bulk cargo and used to be known for its industrial complex that included coke factory which produced considerable amount of pollution. Bakar coke factory was closed in 1995 and since then Bakar pollution subsided significantly.

Bakar was granted its coat of arms and in 1799 by Empress Maria Theresa. The coat of arms was in the artistic style typical for the period, with a with large landscapes and ornamentation around the shield within a circular inscription.

The coat of arms features a checkered top with three local castles and an anchor colored in black on the bottom. The checkered red and white are at the top, the dark blue sky, the green grass and the gray stone castles are in the middle and the orange part is at the bottom.

3.) Parish church of St. Andrew the Apostle: originally built in XII century and destroyed in 1323 by earthquake. In the middle ages its catacombs were used for wealthy people to hide from plague that passed the city. It is the third largest late Baroque church in Croatia.

4.) Kaštel (Castel): A castle built in 16 century by the order of Emperor Ferdinand I and used as a protection against the Turks. It has three kitchens, two dungeons, little chapel of St. Michael, and many other rooms.

In 1972 director filmed his movie Score in Bakar, Croatia.