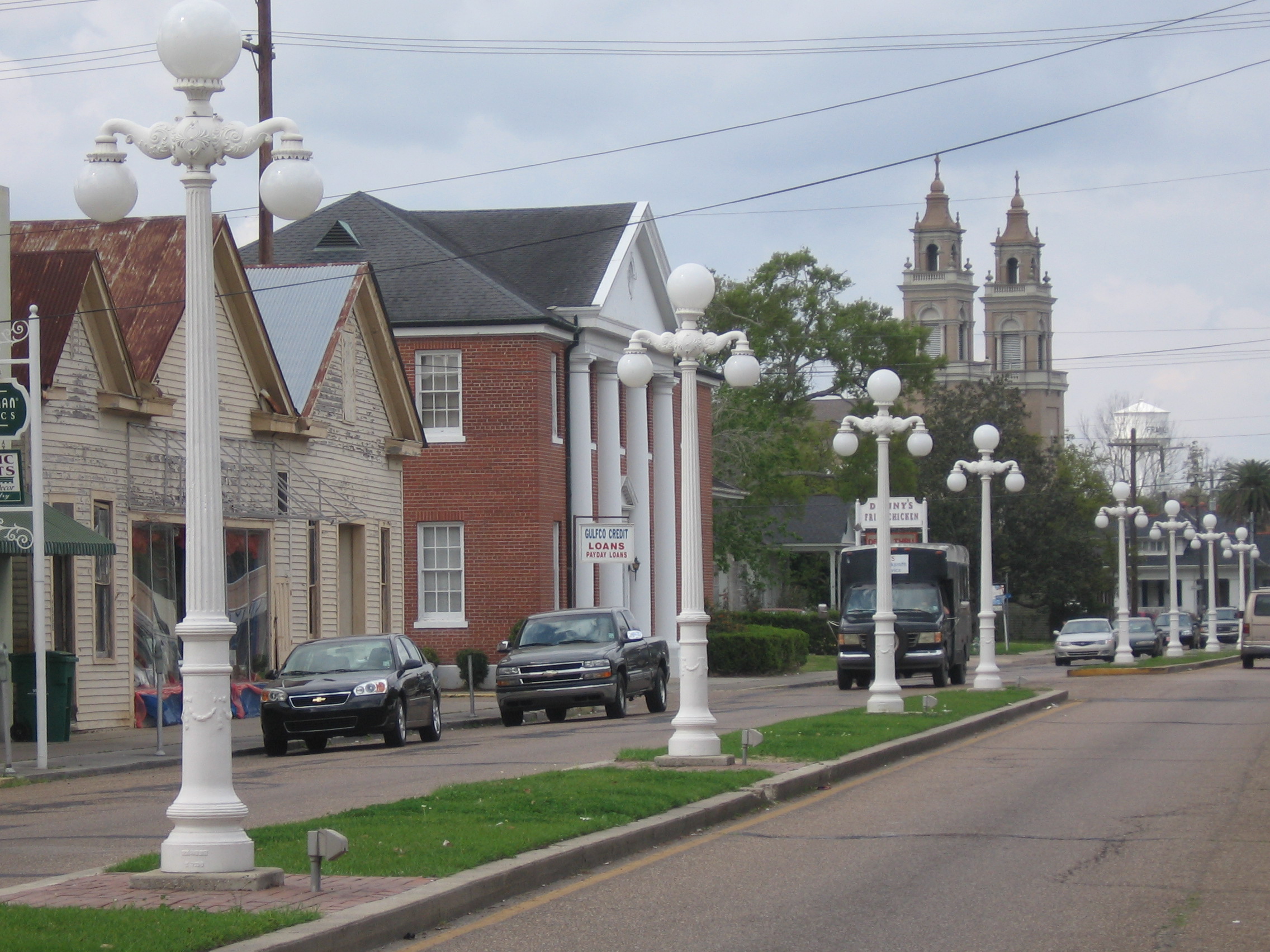 Franklin, named for , was founded in 1808 as Carlin's Settlement, and became the parish seat in 1811. The town was incorporated in 1820. Though early settlers included French, Acadian, German, Danish and Irish, the town’s culture and architecture is heavily influenced by the unusually large numbers of English that chose to settle there after the in 1803. Numerous large sugar plantations arose in the area, and with the development of steamboating, Franklin became an interior sugar port. [ [http://www.franklin-la.org/history.htm www.franklin-la.org "Welcome to the City of Franklin"] ]

By the 1830s, was the main street of , with one after another. The area’s sugar cane planters were among the South’s wealthiest agriculturists. This is reflected in the grand plantation homes and mansions they built in Franklin and the surrounding countryside. Most of these magnificent structures are still standing and well preserved, giving Franklin its unique architectural flavor. Franklin’s Historic District is listed in the and encompasses over 420 notable structures. [ [http://www.franklin-la.org/history.htm www.franklin-la.org "Welcome to the City of Franklin"] ]

During the Civil War, the was fought near Franklin on , . Though eventually forced to retreat, the badly outnumbered Confederate forces cost the Union troops significant losses. Four hundred men were killed or wounded in the confrontation, which proved to be an important point in stopping the Union drive to invade . [ [http://www.franklin-la.org/history.htm www.franklin-la.org "Welcome to the City of Franklin"] ]

There were 3,026 households out of which 36.0% had children under the age of 18 living with them, 44.5% were married couples living together, 22.1% had a female householder with no husband present, and 27.9% were non-families. 25.1% of all households were made up of individuals and 11.5% had someone living alone who was 65 years of age or older. The average household size was 2.72 and the average family size was 3.26.

* , the only three term in modern Louisiana history.
* , US Senator who fought for the Confederacy.
* , football player, defensive lineman for LSU and the New York Giants
* , Author of novel The 2nd Time Around.
* , Governor of Louisiana from 1892 to 1900, also a Senator.
* , Governor of Louisiana from 1996 to 2004.
* , Native American actor
* , mathematician and comic book publisher
* , football player, wide receiver for the Buffalo Bills and the Atlanta Falcons