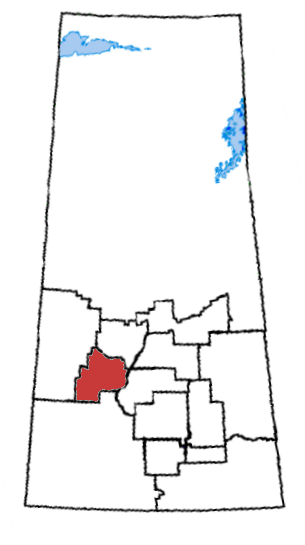 The district consists of the southwestern quadrant of Saskatoon and the surrounding southwestern rural area which includes the towns of Biggar, Rosetown and Delisle.

Its is , a former administrator, coordinator, farmer, rancher, and recruiter. She was first elected in 2000. She represents the . She was the current Minister of National Revenue and in the until August 11, 2007 when she was replaced by as Minister of National Revenue and by as . She was the Conservative critic on Public Health and Social Development. In the last parliamentary session she served as vice-chair of the 'Subcommittee on the Status of Persons with Disabilities of the Standing Committee on Human Resources, Skills Development, Social Development and the Status of Persons with Disabilities' and a member of the 'Standing Committee on Aboriginal Affairs and Northern Development'. Skelton has announced that she will not be running in the next election. As a result of this announcement she was shuffled out of the cabinet.