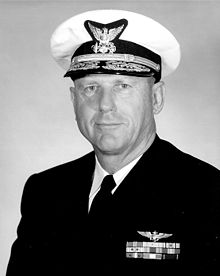 He was born in Burnsville, West Virginia and later moved with his parents John I. Bender and Inez Harbert Bender, to Plant City, Florida in 1925. In 1936, he became the first Florida resident to graduate from the United States Coast Guard Academy in New London, Connecticut. During his time at the Academy, he served on the boxing squad and as humor editor of the Academy yearbook. He served as gun captain during his senior year.

Upon graduation from the Academy, he was commissioned as an Ensign, and was assigned as a line officer on the Coast Guard cutters Atlantic Ocean. In 1938, he was transferred to the USCGC Ossipee (WPR-50), on duty in the Great Lakes region. During this tour of duty, he met and married Annamarie Ransom of Sault Sainte Marie, Michigan on September 1, 1939. Their marriage lasted until her death in 1992. They had one son, Mark A. Bender

That same year, he was selected for flight training and reported for duty at Naval Air Station Pensacola, Florida. A year later, he earned his aviator wings and was assigned to Coast Guard Air Station Elizabeth City, North Carolina.

During World War II, he flew anti-submarine patrols out of Elizabeth City. From June, 1943 to December, 1944, he commanded an air-rescue squadron based out of San Diego, California. During the last few months of the war, he served as air-sea rescue advisor and liaison officer for the Far East Air Force Headquarters, based in the Philippines, earning the Bronze Star for this service.

In December, 1945, he was assigned to Coast Guard headquarters, as Executive Officer of the Air-Sea Rescue Agency. From 1946 to 1950, he served as personal aide and pilot to Commandant Joseph F. Farley.

In 1959, after two decades of aviation duty, he assumed command of the USCGC Bering Strait (WAVP-382), based out of Honolulu, Hawaii. From 1961 to 1964, he served as Mobilization and Readiness Officer for the San Francisco, California-based Western Area Command. From 1964 to 1965, he served as Commander of the Cleveland, Ohio-based 9th Coast Guard District.

From 1965 to 1967, he served as Superintendent of the United States Coast Guard Academy. During his tenure, he established the U.S. Coast Guard Museum in order to preserve and display artifacts from early Coast Guard history.

From 1967 to 1970, he served as Commander of the San Francisco-based 12th Coast Guard District, where he was responsible for all Coast Guard operations in the Pacific Ocean, Northern California, and most of Nevada and Utah.

Commandant of the Coast Guard

On April 16, 1970, he was nominated by President Richard Nixon to replace Admiral Willard J. Smith as Commandant. Following Senate confirmation, he took office on June 1, 1970. During his tenure, he implemented the distinctive "Bender Blues" uniforms, designed to distinguish the Coast Guard from the Navy. In 1972, he was awarded the Coast Guard Distinguished Service Medal.

As Commandant, Bender was known for his support of environmental protection and was recognized for his management of Coast Guard programs relating to new environmental responsibilities. In 1973, he served as delegate and alternate chairman of the U.S. Delegation to the Marine Pollution Conference of IMCO in 1973.

Following his retirement from the Coast Guard in 1974, he moved to Moraga, California. He died after a long illness and is buried in Arlington National Cemetery.