It Is Time for a Love Revolution

It Is Time for a Love Revolution 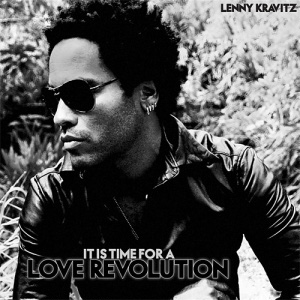 "It Is Time for a Love Revolution" is the eighth by American , , , producer, and arranger , released on . [Matthews, Allie. ( ) [http://acedmagazine.com/content/view/579/40/ A Love Revolution is coming your way] "Aced Magazine". Accessed .]

It includes fourteen new tracks, written, composed, arranged, performed and produced by Kravitz himself. The album has received Kravitz's best reviews in years, with "" awarding it three stars out of a possible five and suggesting that "As a blast back to the past, this is the best album Lenny Kravitz has ever made" [http://www.rollingstone.com/reviews/album/18066474/review/18137397/it_is_time_for_a_love_revolution] .

Kravitz has planned to tour with the album's material for two years after the release, starting with a performance of two new songs on New Year's Eve show, hosted by .