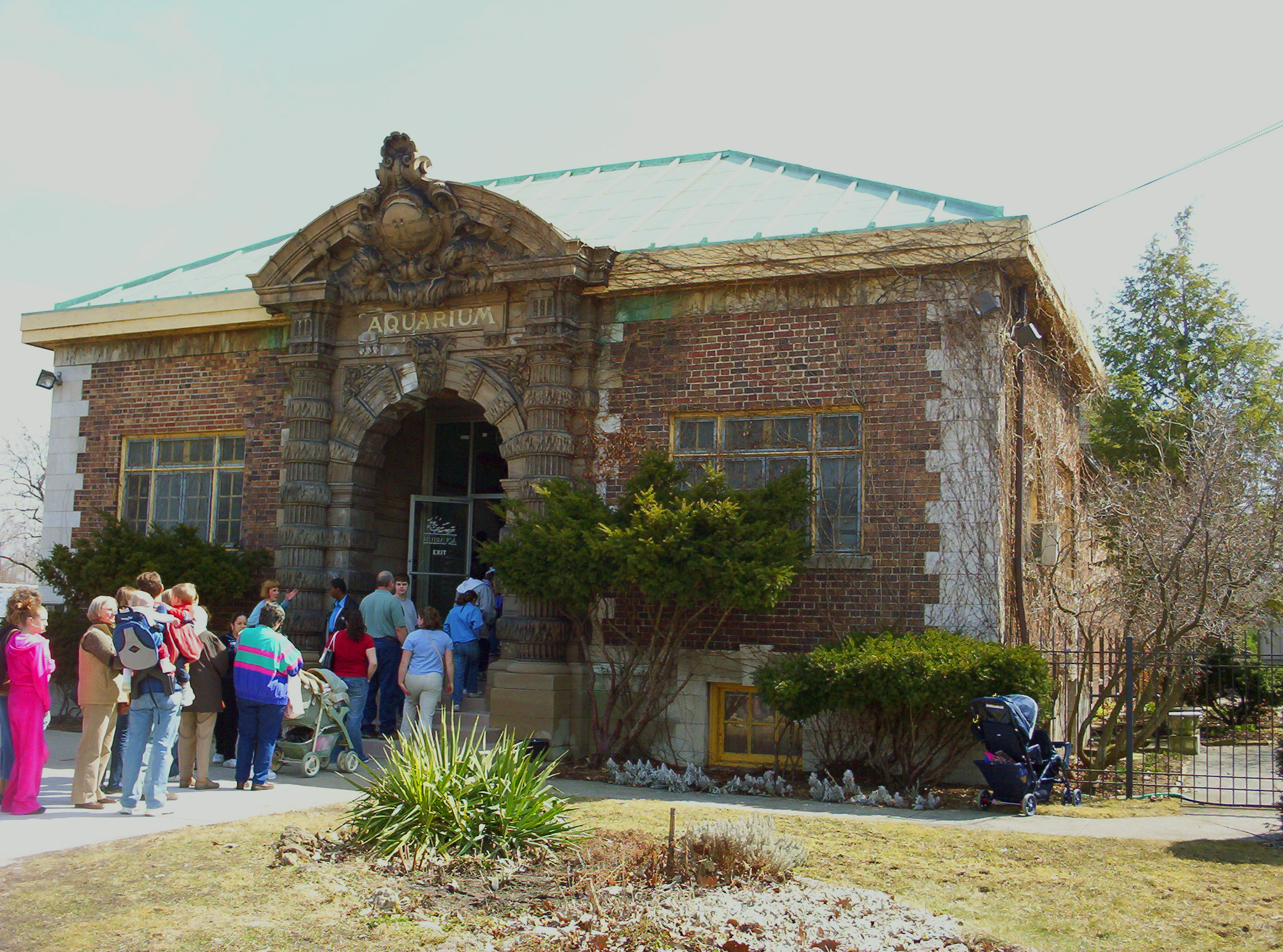 The Belle Isle Aquarium, located on Belle Isle Park in Detroit, , was the oldest continually-operating aquarium in . Designed by noted architect Albert Kahn, it opened on , . It was completely outfitted in tile from the which covers the vaulted sea green ceiling. [http://www.belleisleaquarium.com/events/2005/palmer_woods_resolution_020905.htm] It specially featured species native to the region as well as salt-water species from around the world including breeding programs for several endangered species.

The aquarium made news in 2002 when one of its female s gave birth to two young despite not having been near a male in six years in a suspected rare case of . [http://news.nationalgeographic.com/news/2002/09/0925_020925_virginshark.html]

The aquarium basement served as a during and later held large fish which no longer fit the Belle Isle Zoo's gallery tanks. Closed circuit television allowed remote viewing of these fish. The aquarium was slightly remodeled in the 1950s.

The aquarium was closed by the City of Detroit on , for budgetary reasons. Supporters of the aquarium are presently scrambling to find donors to help defray the building's operating costs while the city claims to be planning a new modern aquarium to be located elsewhere. Most of the fish will be moved to other aquariums around the world while a few representing native Michigan species may be retained for display at the zoo.

On , , Detroit citizens voted to reopen the aquarium by an overwhelming margin (88% in favor, 12% opposed). [http://www.freep.com/news/locway/elect1-detroit3e_20050803.htm] However, the vote was non-binding and the aquarium remains closed.