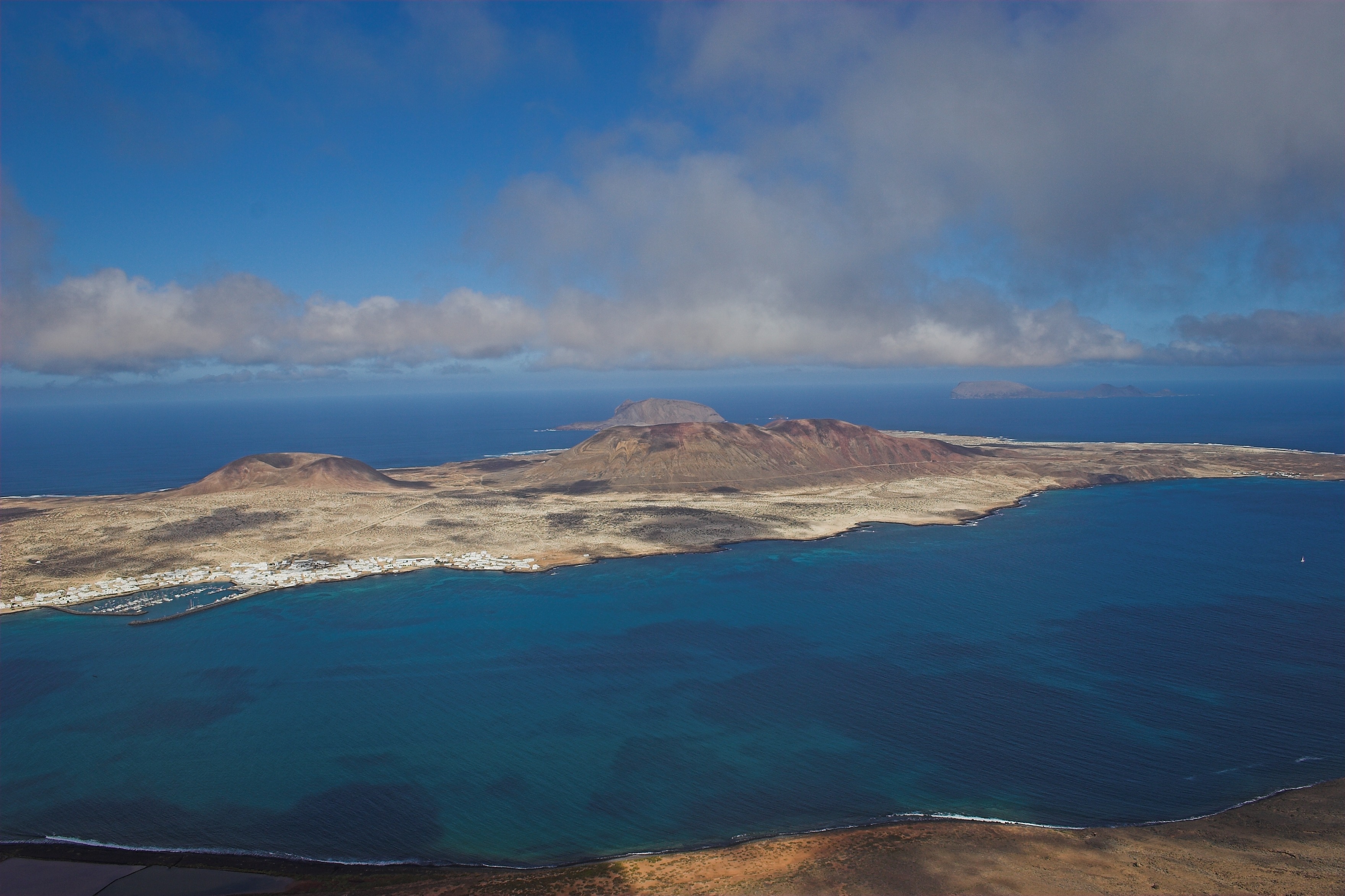 "There is also a Graciosa in the , see "

Graciosa Island or commonly La Graciosa (Spanish for ful) is a volcanic in the of , located 2 km north of the island of with the strait named Río. It was formed by the . The island is part of , Reserve of the Biosphere, "Marine Reserve of La Graciosa and the islands to the North of Lanzarote" it is linked to the municipality of Teguise. The island forms a part of the . The village is in the southeastern part of the island with houses encircling the harbor which has two piers and a yacht area in the bay. Other smaller islands include (Spanish for clear mountain) which is an archipelago to the northwest, , and to the north. The only two settlements include Caleta del Sebo and summerresidence . The island is entirely made up of volcanic rock and sands.

The population is around 700. Tourism is the main industry along with fishing. Every year, tourists flock to the island for its tempered climate and its sandy volcanic coasts. The island has a school, lyceum, post office, supermarkets, a bank, port, beaches, and — except bar-restaurants — a square where bicycles can be hired ("").

Streets and roads on La Graciosa are unpaved sand. The Gracioseras can often be seen early each morning sweeping the streets smooth of the previous night's footprints. Motor vehicles are strictly prohibited and limited to a handful of licensed vehicles for special purposes. Since the roads are bad, and cars have to be shipped to Lanzarote for repair, about 70% of the motor vehicles on the island are old Land Rovers which often can be repaired by a local serviceman.

Access to the Island is by a thirtyfive-minute ferry crossing from on to the harbour in the village.

Graciosa Island has been raided by s for treasures.

As part of the easternmost islands in the archipelago, and th smallest inhabited Canary Island, the island is extremely arid and entirely made up of bushes and dry soil. Its length is about 8 km and the width is 4 km, equalling around 30 square kilometres. There are no natural water sources on the island but desalinated water has been piped directly from neighbouring Lanzarote since 2001.

The island's many beaches include to the southwest, Playa de la to the west, Playa to the east, and the magnificent Playa de las Conchas on the far side. Points include Punta .