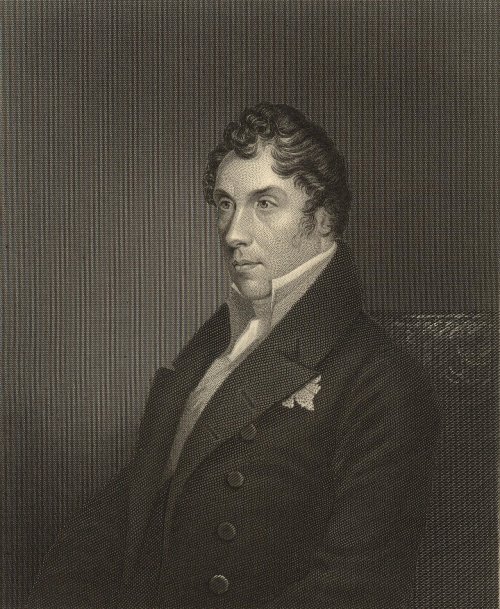 Before this, however, he had become Earl of Aberdeen on his grandfather's death in 1801, and had travelled all over . On his return to , he founded the . In 1805, he married Lady Catherine Elizabeth, daughter of Lord Abercorn. In December he took his seat as a Scottish representative peer in the . In 1808, he was created a Knight of the Thistle.

Following the death of his wife in 1812 he joined the Foreign Service. He was appointed ambassador extraordinary and minister plenipotentiary at , where he signed the between Britain and Austria in October 1813. He was one of the British representatives at the in February 1814, and at the negotiations which led to the Treaty of Paris in the following May.

Returning home he was created a peer of the United Kingdom as Viscount Gordon, of Aberdeen in the County of Aberdeen (1814), and made a member of the Privy Council. In July 1815 he married Harriet, daughter of John Douglas, and widow of James, Viscount Hamilton. During the ensuing thirteen years Aberdeen took a less prominent part in public affairs.

He served as (1828) and Foreign Secretary (1828-30) under the Duke of Wellington. He resigned with Wellington over the Reform Bill of 1832. He was (1834-35) and then Foreign Secretary (1841-46) under . It was during his second stint as Foreign Secretary that he settled two disagreements with the US - the Northeast Boundary dispute by the (1842), and the Oregon dispute by the of 1846. He also worked successfully to improve relationships with France, where had become a personal friend. He again followed his leader and resigned with Peel over the issue of the .

After Peel's death in 1850 he became the recognized leader of the . His dislike of the , the rejection of which he failed to secure in 1851, prevented him from joining the government of Lord John Russell.

In December 1852, however, he became Prime Minister and headed a coalition ministry of Whigs and Peelites. Although united on free trade and on questions of domestic reform, his cabinet which contained Lord Palmerston and Lord John Russell, was certain to differ on questions of foreign policy.

He entered the country into the on the side of the following pressure from some of his cabinet. Palmerston, supported by Russell, favoured a more aggressive policy, and Aberdeen, unable to control Palmerston, acquiesced.

However the war proved his downfall. As reports returned detailing the mismanagement of the conflict Russell resigned; and on 29 January 1855 a motion for the appointment of a select committee to enquire into the conduct of the war, was carried by a large majority. Treating this as a vote of no confidence, Aberdeen resigned.

By his first wife Aberdeen had one son and three daughters, all of whom predeceased their father. By his second wife, who died in August 1833, he left four sons and one daughter. His eldest son, George, succeeded as fifth Earl; his second son John was created in 1916. Aberdeen's second son was General Sir Alexander Hamilton-Gordon, K.C.B.; his third son was the Reverend Douglas Hamilton-Gordon; and his youngest son Arthur Gordon was created in 1893.

Apart from his political career Aberdeen was also a distinguished scholar. His private life is believed to be exemplary by the standards of the day. His manner was lofty and reserved, and as a speaker he was ponderous rather than eloquent. It is said that he lacked strength and his foreign policy was essentially one of peace and non-intervention.

In 1994 novelist, columnist and politician used George Gordon's life as the basis for a historical novel - "Umbrella".