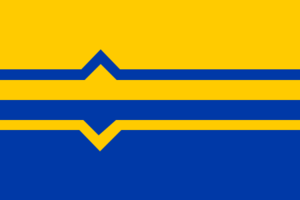 Small hamlets are printed "in italics".

The city of Lochem

Lochem, 15 km ( 9 miles) south-east of , received city rights in . Until the 17th century, it was often besieged and burnt down. After 1700, it became a small market town for the farmers in its surroundings.

The village of Laren (Gelderland) has a castle called Verwolde. In summer, guided tours of this castle are organized for tourists. On its estate there is a tree, said to be the thickest tree in the Netherlands ( "de dikke boom van Verwolde").